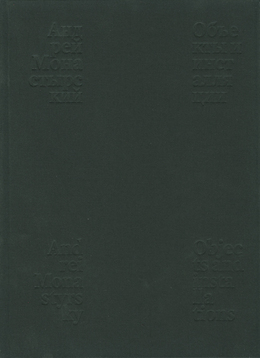 Whenever I think of Monastyrsky, and I think of him rather often, I see him double, in two absolutely different physical modes. First, I see him over a low table, fiddling with a stack of papers in a way that you can’t tell whether he’s writing, reading, or putting them away. Second, I see him standing in the middle of a vast field with arms outstretched in a pathetic pose much like Leonardo’s “Vitruvian Man”. While the former image has some kind of source in real life, the latter image is prompted by the photographs of his famous action “M”. Even if Monastyrsky appears to be calm on these photographs, the image has been contaminated by an emblem used in this action, the emblem of spread, golden wings: Monastyrsky stands alone at the center of an electric church of sorts, a cathedral of power flows and principal axes, whose architecture arises as the flux of energy draws rapid traces in the void, upheld by nothing more (and nothing less) than Monastyrsky’s solitary will. 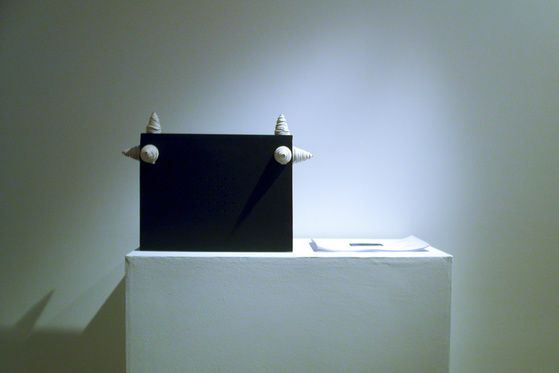 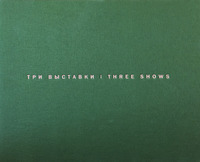