Vagrich Bakhchanyan perceives the world as a paradox and, being a true avant-garde artist, he delights in it. The Soviet Union, the country of his birth, has fully equipped him with all kinds of contradictions, from childishly amusing to sordidly Kafkaesque or Andrey Platonov-like. It has also granted him with the heritage of such Russian avant-garde artists as Kruchenykh or Kharms, who had long before pursued the game of allusion, wordplay, replacement, semantic puns, etc. By bringing the one together with the other, Bakhchanyan turned the endless clichés of the Soviet cultural space — mental, lexical, historical and visual — into a subject of his work and an object of artistic investigation. The artist seeks out these ‘idioms’, either obvious or concealed, in the medium of culture and pseudo-culture, he joins them up like a professional caricaturist, sometimes turning them completely upside down, in unbelievable configurations that assume in his skillful hands the sharpness of an aphorism.

Does the artist wish to take on the role of a Virgil that shows us the way out of the endless tangle of nonsense and gibberish forced upon us? Or is it that he, following the same formative principles, seeks to totally muddle up all loose ends? Is he perhaps appearing in the guise of a shaman of modern art, with the intention of literally casting a spell on cultural “texts” in order to come up with a new powerful formula of words that have, taken separately, lost as good as all their meaning and grown nearly unrecognizable by virtue of their omnipresence? It is not quite clear whether the incantation brings the world back to a higher harmony, or thrusts it into eternal chaos. The artist himself seems satisfied with producing a kind of a new reality commenting on our existence. The playful and sometimes even naughty and provocative nature of his work allows him to remain independent in relation to the object of investigation.

A true player, Bakhchanyan is not content with pointing to a phenomenon; he needs to enjoy it fully. In his series of drawings entitled “Americans as seen by Russian”, he explores in great detail every possible variation of aggression, dullness, self-conceit and belligerence. In another series of drawings dedicated to Stalin and stylised to match the up-beat and simplistic style of Soviet textbook illustrations, the face of the Leader of the People shines upon the entire Soviet universe never leaving it unattended even for a minute, like the Sun during a polar day. The sleep of reason produces monsters, and Bakhchanyan displays them in the merry circus show of his wit.

The inseparable part of the exhibition in Greece is the recitation performance based on the poetry collection by Vassilis Amanatidis “The Hair and The Countryside”(Ο ΛΑΓΟΣ ΚΑΙ Η ΕΞΟΧΗ) which is shown by the author and his translator into Russian Eugeny Nikitin. The live voices of poets reading one after another the paradoxically absurdist and calm verses in Greek and in Russian transfer the image of perilous thoughts and transformations into the surrounding space and establish in this way liaisons between still visual art and temporal sounds, between languages, between ideas, between art and public. 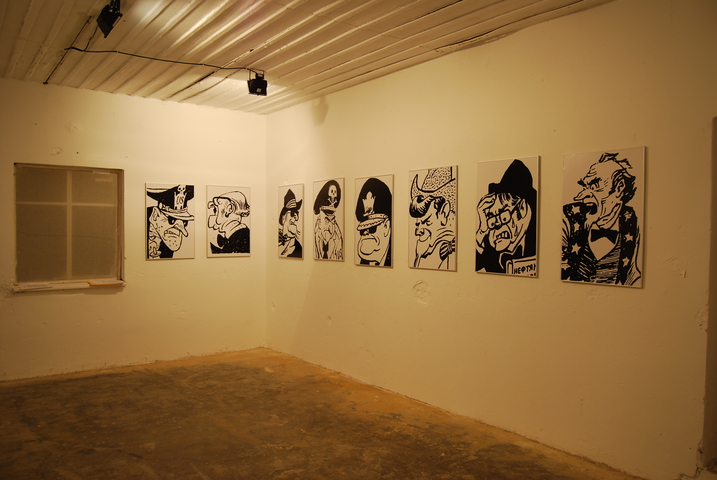 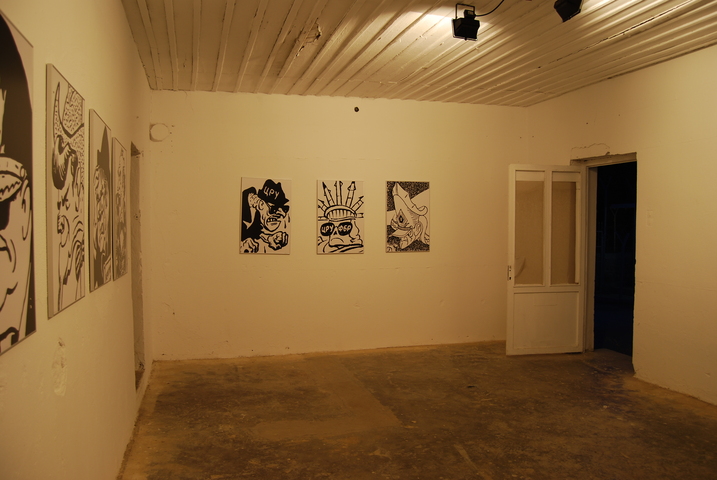 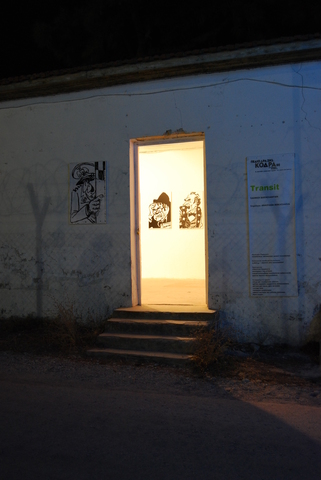 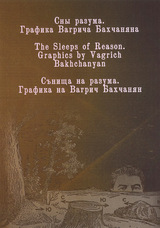