Poetic performance at the opening of Actionfield Kodra 08 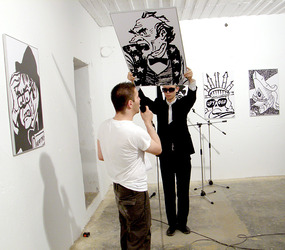 The opening ceremony of Vagrich Bakhchanian’s exhibition at Actionfield Kodra (Salonica) featured a performance delivered by Eugeny Nikitin, a Russian poet and curator of the poetry club of Stella Art Foundation, Russia, and the Greek poet Vassilis Amanatidis, based on a poetry collection by Vassilis Amanatidis “The Hare and the Country” translated into Russian by Oleg Philippov and Eugeny Nikitin.

The performance was based on plastics and gesture, while also involving Bakhchanian’s works in the performance act. In this way, the live voices of the poets delivering absurdist texts in Greek and Russian established delicate links between the visual image and the sound, the language and ideas, the art and the audience. According to Ekaterina Koskina, director of John Costopulos Foundation, its was “a plastic and energetic show with deep meaning concordant with the exhibition subject and the texts themselves, the best performance of the festival.” Elena Nikita, Deputy Minister of Culture and Education of Cyprus and director of Cyprus Culture Department, also noted the performance and invited the two poets to repeat the show in Cyprus at some future date.

We should also cite the words of Roger Buergel, curator of dokumenta, who commented on Vagrich Bakhchanian’s exhibition at Actionfield Kodra curated by Anastasia Dokuchaeva: “It is an accomplished work of art, perfect in its logic, aestetics and historical meaning.” 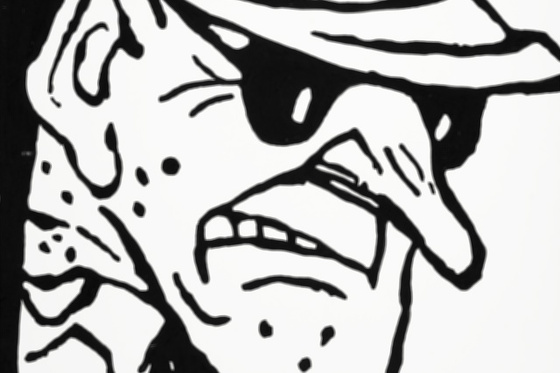