The project is centered on the Hotel Russia once the biggest hotel in Europe. This building stood next to Kremlin and Red Square for nearly 40 years and was demolished in 2006-2007 in the context of the reconstruction of Zariadye, one of the districts of downtown Moscow. Its structure survived some major transformations and witnessed several periods in the nation’s history, from the first years of Brezhnev’s rule to the last presidential term of Vladimir Putin.

Hotel Russia was neither the first nor the largest building planned for construction at this particular site during Soviet period. The first “candidate”, in 1936, was a House of the People’s Commissariat for Heavy Industry, with many outstanding Soviet architects of the time entering their designs in a closed competition. Then, in 1940, another competition was held. This time the candidate was the Second House of the Council of People’s Commissars, but the outbreak of the Great Patriotic War in 1941 suspended all the architectural projects for a long time. In was only in 1956, under Nikita Khrushchev, that a decision was taken to build a hotel at this location of Zariadye district. The actual construction, based on a project by Dmitry Chechulin, a key figure in urban development at the Stalin period, was only launched in 1964, right after Leonid Brezhnev came to power. The construction was completed by 1967, the 50th anniversary of the October revolution. The number of guests in the Russia (4,753) was planned according to the number of the delegates of the Communist Party congresses gathering in Moscow, which since 1961 were invariably held in the Kremlin Palace of Congresses, a 6,000-seat structure built specifically for that purpose. The Russia occupied a land plot of nearly 13 hectares and featured 2,722 rooms in four 12-storey buildings. It was famed for its restaurants, a cinema and concert hall, being in all the other respects, despite its colossal size, a very standard 3-star hotel. Throughout its entire history the hotel accommodated over 10 million people, including guests of international film festivals, congresses, governmental meetings, etc.

The history of the Russia hotel brings to mind the events around an even more monumental architectural project, the famous Palace of Soviets, launched during the 1930s on the other side of the Kremlin. To “clean up” space for this grandiose construction project, the huge Cathedral of Christ the Saviour was demolished and the foundations of the new building laid. (This act was later repeated with the demolition of most pre-revolutionary buildings in Zariadye to clean up the construction site for the hotel). However, during the war, the parts of the palace that had already been built were dismantled and used in defense works. (Similarly, parts of the dismantled hotel, according to one of the reconstruction plans, were to be used to build houses for low-income Muskovites).In the post-war period the foundations of the Palace of Soviets were eventually used to build Moskva swimming pool in its place. Similar lowering of the grandeur affected the Zariadye project, which, after the initial plans for the construction of offices of two major governmental institutions were abandoned, was used to build for a hotel — a project that only resembled all the previous ones in size, not in importance. In 1990s, after the dissolution of the USSR, the Cathedral of Christ the Saviour was rebuilt at the site of the Moskva swimming pool, and now the city planners intend to restore the architectural image of the old Zariadye district destroyed with the Russia hotel project.

Compared to the Palace of Soviets, the central architectural project of the Soviet utopia, the Hotel Russia symbolizes the erosion of the totalitarian idea. And, much as the swimming pool served for a long time as a caricatured memory of the unfulfilled communist paradise, the massive Russia mass carried within it the vague memories of two other virtual colossi of the Stalinist empire, whose bold and clear-cut project outlines were rubbed away, as it were, by the sands of the routine. The hotel’s best years were the last years of the Soviet communism, subsequently called the “era of stagnation”. It was the time of a prolonged decay of the sociopolitical system and, yet, a time characterized by an existence of quite an original culture and an inimitable life feeling, the years of childhood and youth of several generations that now compose a considerable part of the current Russian population.

This is at least one of the reasons why many people feel a very distinct nostalgia for these times. In retrospect, they do not appear as an era of the Communist Party’s drawn-out demise but rather as a sort of a quiet provincial paradise, a space of peaceful sleep, where tough pressures of reality are simply non-existent. As any image of a paradise or a dream, this time appears as a uniform anonymous space whose real emptiness is filled by a collective feeling devoid of any distinct feature.

The principal aim of the Ruin Russia project is to try and show something that is normally absent from the visual arts: the volatility of the emotional space of the ordinary, as opposed to specific events, objects, personal realms or interpretations of reality. The emotional space of this sort exists most naturally in the mode of the past, as a reminiscence. Its most representative configuration and memorial symbol is a ruin, the last material trace of the past in the present lending itself to immediate contemplation by its contemporaries, but already enveloped in the sheen of retrospective fantasies. Of course, this sort of ruin doesn’t exist either — it has only survived in images.

The core of the Ruin Russia project is a series of large-scale photos by young photographer Stas Polnarev taken during the last year in the life of the Russia hotel, when the building was being dismantled by construction workers. This cycle is part of an audiovisual installation created from archive film clips with the assistance of Dmitry Likin, a well-known artist and designer. 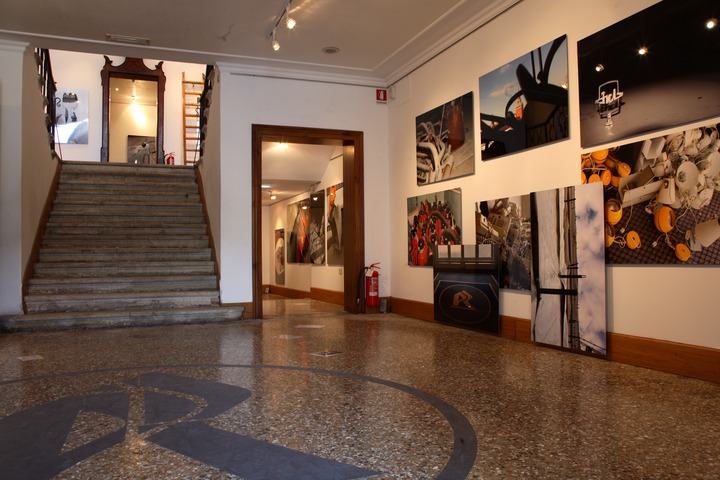 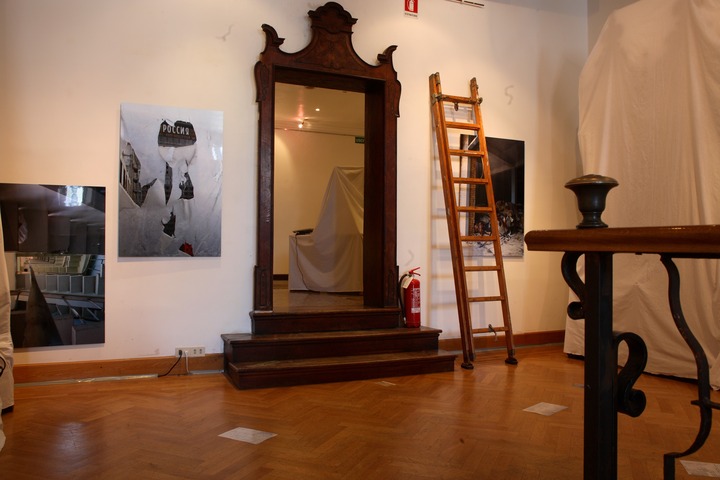 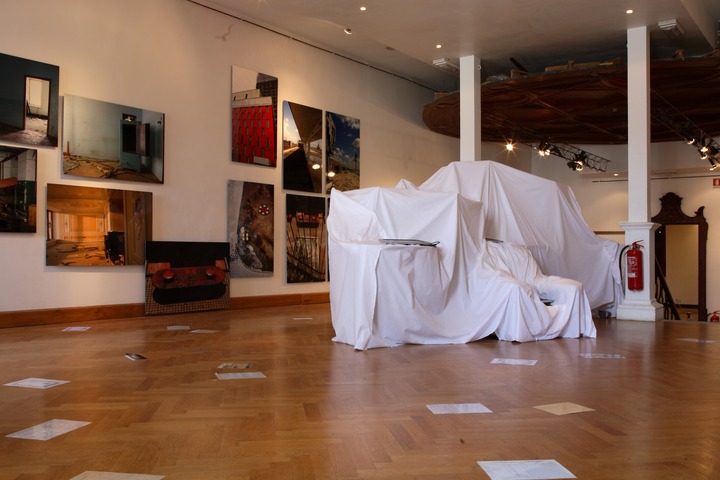