The exhibition project organized by Yury Avvakumov, an artist, an architect and a curator and one of the key inspiring figures of the paper architecture of the 1980s
Date(s) 01 September — 16 September 2007
Address Former Military Barracks of Macedonian Fighter Kodras, Thessaloniki, Greece
About the Project

The “paper architecture” concept has been around for a long time. It is, to a considerable extent, an architects’ working term, designating a sketch of a fantasy construction.

But in the Soviet Union of the 1980s, where a generation of young, talented and ambitious architects, most of them graduates of the Moscow Architectural Institute, who didn’t see the smallest chance of realizing their ideas as actual buildings at home, started sending their designs to international architectural contests, this term gained a very special meaning. As a result, this narrow circle of masters, who differed considerably in their artistic views, but were held together by their strong desire to create architecture as art, rather than just produce dull combinations of standard blocks, evolved into a kind of creative laboratory. It generated ideas which were relevant to art as a whole and seriously influenced the architectural practice of the post-Soviet period.

The exhibition project organized by Yury Avvakumov, an artist, an architect and a curator and one of the key inspiring figures of the paper architecture of the 1980s, features works of some of the leading authors of this movement: A. Brodsky, D. Bush, S. Barkhin,M. Belov,N. Bronzova,D. Velichkin,A. Zosimov,A. Ivanov,N. Kaverin,O. Kaverina,V. Kirpichev,I. Korbut,Y. Kuzin,T. Kuzembaev,M. Lobazov,S. Morozov,V. Petrenko,I. Pishchukevitch,A. Savin,V. Tyrin,I. Utkin,M. Philippov, M. Khazanov,A. Khomyakov,A. Cheltsov,S. Chuklov,I. Shalmin,D. Shelest,Yu. Avvakumov. The exhibition’s title — Transit. Paper Architecture. Sketch Book — can be interpreted in two ways: first, as a symbol of the very peculiar connection which formed between the Soviet and the international modern art and was personified by the file in which the sketches were sent. And, secondly, as an interaction and a dialogue of the most diverse art genres combined in these works — graphics, literature, the architecture proper, as well as the philosophical reflections on the properties of reality and utopia, which encompassed all the above and enable us to treat the paper architecture as one of the trends of the Russian conceptualism. By taking the project on an exhibition tour to the Balkans (it was shown in Thessaloniki, Greece in September, and in Sofia, Bulgaria in November, Stella Art Foundation continues to develop this idea of the “transitory nature” of the paper architecture as an intersection of ideas in space and time.

The artistic concept that has given birth to the paper architecture, is typically generated in the semantic field between the poles of daydreaming and visionary revelations. One can trace the origins of this genre back to the fantastical buildings of D. B. Piranesi or even further back, to the Renaissance vedutes. The particular period of history of the paper architecture observed in the Soviet Union of the 1980s is marked by a shift towards the latter pole. In the physically and mentally closed Soviet space the paper architecture enabled one to create another kind of space — not so much the fairy-tale and escapist country of oxymoron, but, rather, a parallel space of art free of any external constraints which necessarily make themselves felt in any material realization of any architectural project. Of all the traditionally classified art genres, architecture is most dependent on the requirements placed by the purpose of the building, its environment and its customer, so its maximum freedom as art is achieved in the areas close to paper architecture, where any doubts as to the “purity” and independence of this kind of art are totally dispelled.

It was, probably, due to the feeling of the uniqueness of this situation, intensified by its Soviet context of unfreedom, that the paper architecture proved to be a very successful attempt of the architecture’s examination and reconsideration of itself, its revealed, latent or hopelessly lost opportunities, its history and “reconnoitering” of most unexpected paths for its further development. This architectural self-reflection brings together fragments of constructions, cross-sections and plans, debris of pipes, columns and domes, truthful sketches of buildings that never existed, sometimes going on from analyzing the architectural space to studying the properties of the space per se as well as the space of culture, to which this particular art relates itself, seriously or ironically: texts, verse, slogans, allegories, symbols, attributes and characters. In these works the architecture, which normally followed as a continuous contextual comment all the variations of civilization, reverses its attitude, trying on itself a role of a structural principle, albeit a destructive one at times, with respect to all the cultural derivatives. To some extent, it turns into a projection of the artist’s mind, a reflection of his or her artistic attitude and a way of relating itself to the rest of the cultural and artistic universe.

It looks like an inverse attempt to return to architecture its status of the Big Style, which, bringing together and inspiring all the other genres of art, sets the tone of the epoch and the culture. It embraces, as it should, both the great and the tiny, things from archetypal and majestic to marginal and comical. But in this case the preserved stylistics of a sketch, a “project”, allows one, on the one hand, to presume some reflexive self-irony of the attempt and, on the other hand, to inquire about the possible addressee of these academic and artistic studies. Their intended purpose is clearly broader than participation in some contest, which, rather, provided an excuse for their creation. The internal aim of these artworks is to give the art a chance to talk about itself without let or hindrance, not so much attempting to give neatly worded questions and answers, but rather concentrating on the questioning process itself. The preset format of the sketch project is just slightly changing the tone of this statement towards a free, friendly, confidential, elegant and witty philosophical discussion.

So, while the earthly architecture intentionally and ideally relates itself to some concepts of an archtecture of the universe, in the case of the paper architecture we are dealing a particular version of the architecture of art in its very meaningful and small-scale manifestation, a kind of a project of an art universe. Which is why its addressee is more the art itself than anyone in particular. And it is this peculiarity of the paper architecture, more than any political or social reasons, which, probably, explains its fundamental opposition to another utopian space which existed at the same time with it — the Soviet state, a totally anti-artistic phenomenon.

At the same time, the paper architecture of the 1980s has established a bridge to another, not less utopian phenomenon of the Russian art of 20th century, which also existed in the context of the Soviet power: the constructivism of the 1920s. According to S. Khan-Magomedov, the leading Russian expert in the 20th century architecture, these artistic phenomena were two of the three developments observed throughout the whole Soviet period, which enable one to talk about the Russian architectural achievements as events of global significance. 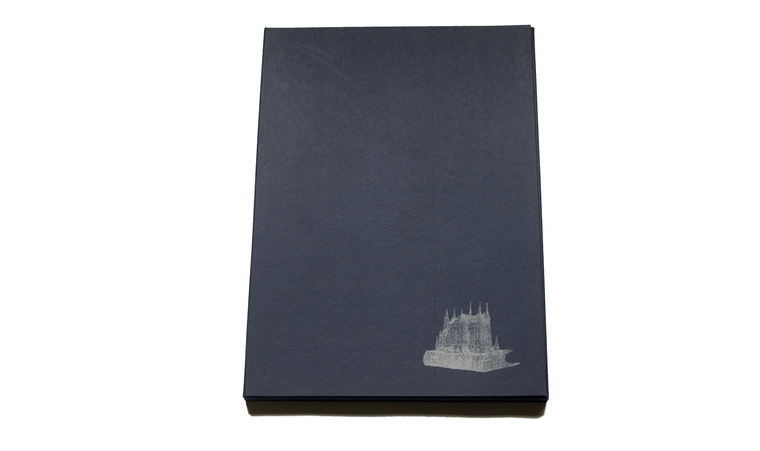 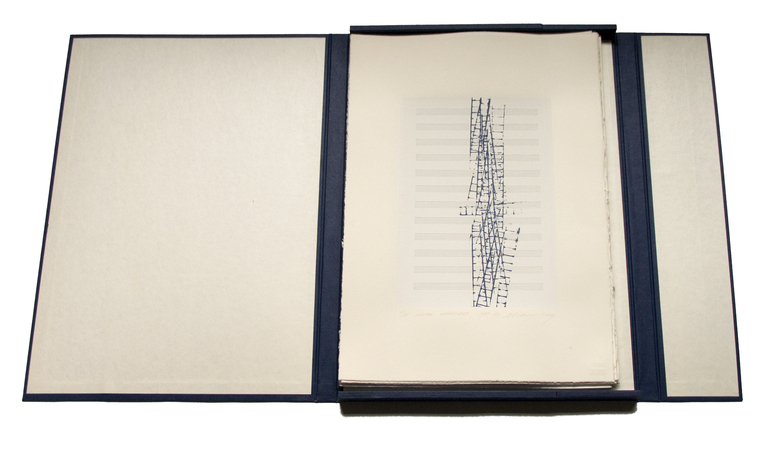 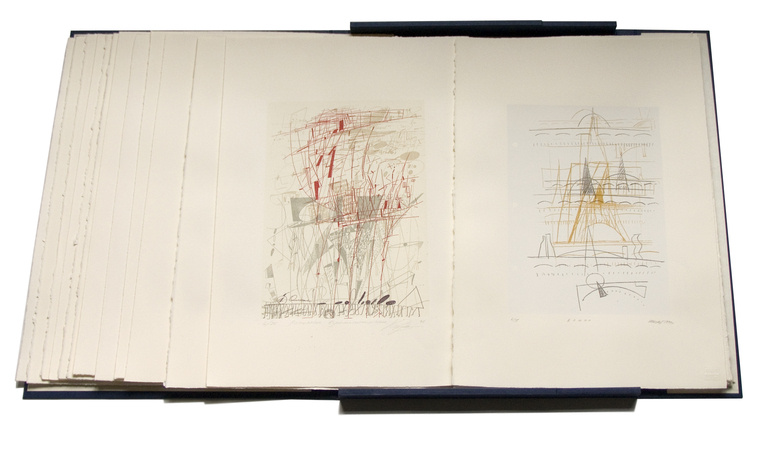 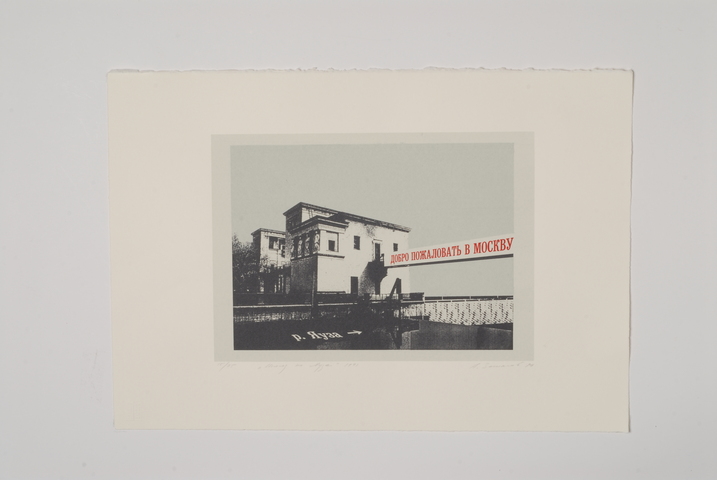