I first met Alexander Shaburov some time ago, at the start of the 1990s. I remember the circumstances of our acquaintance well. It was in the city of Sverdlovsk (then still called “Sverdlovsk”), where I was performing at the city concert hall together with a group of Moscow musicians. After the concert a young man came up and gave me some home-made books with texts and pictures. I was cheered by their gaiety, lightness and gentle Micawberism. That young man was Shaburov.

When I saw him and his works in Moscow I did not immediately connect this artist, who had risen confidently and convincingly on the capital’s art scene, with the shy young individual from Sverdlovsk.

Then came the Blue Noses and their eccentric, off-the-wall actions, brimming with inventiveness, fun and — despite their carnival energy — with an evident friendliness and delicacy, which unfortunately provoked a completely unmotivated aggression on the part of people worn down by total and chronic suspicion. Those people have no suspicion what an important service they in fact do for the artist, working disinterestedly for his success.

I would like to take the opportunity of saying that I like the phenomenon of Alexander Shaburov very much. I am much impressed by the trusting, almost homely, and spiritually comforting intonation, with which his artistic utterances — visual or verbal — reach my eye and ear. I can only have faith in an artist and give an attentive audience to his world picture on condition that he, the artist, has faith in me. With Shaburov, that is the case. 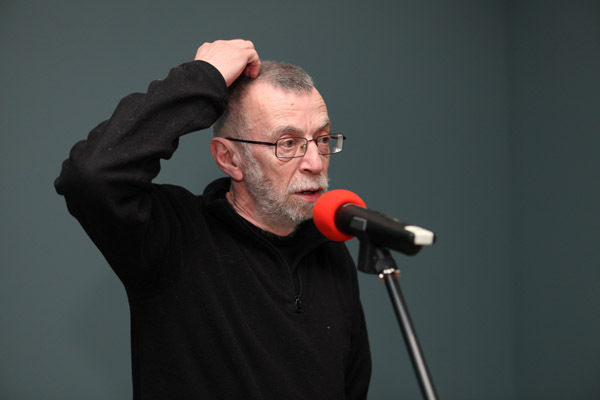 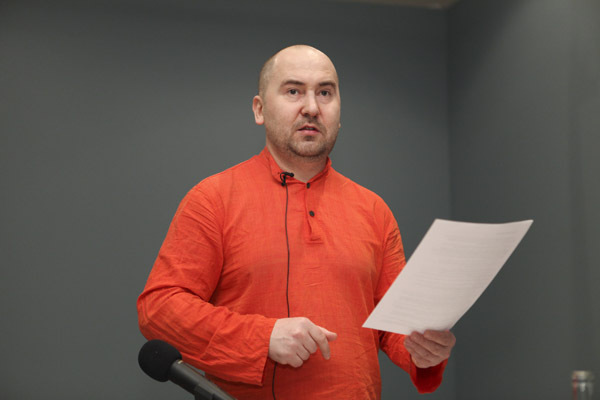 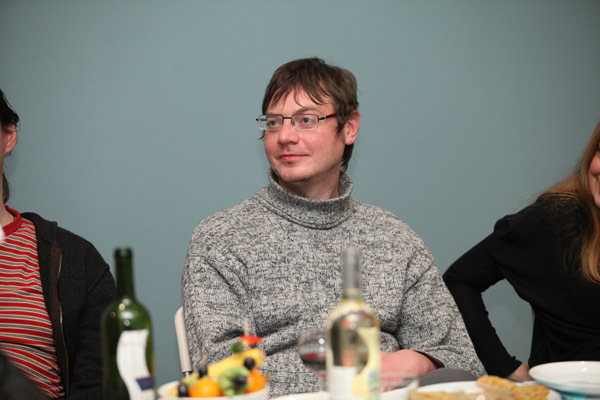 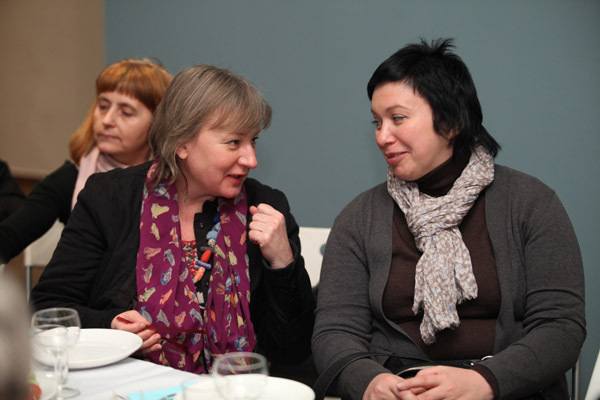 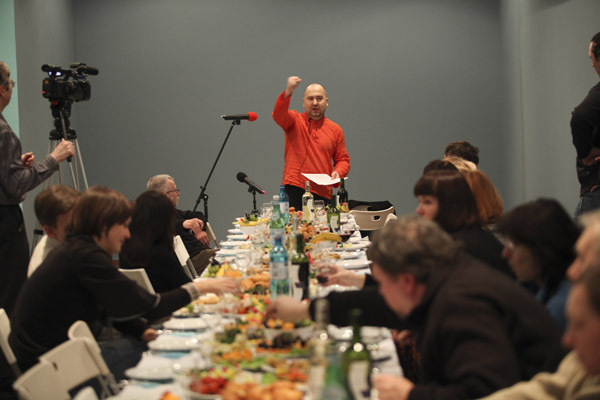 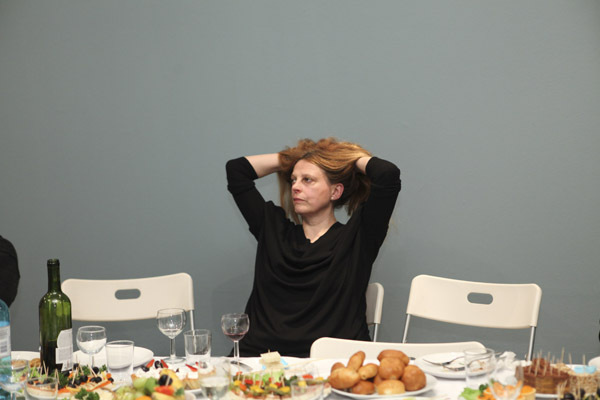 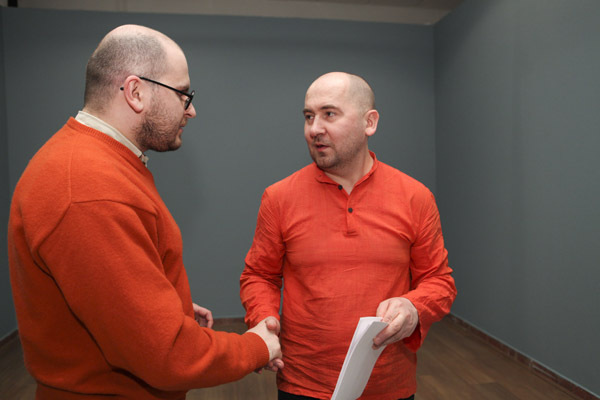