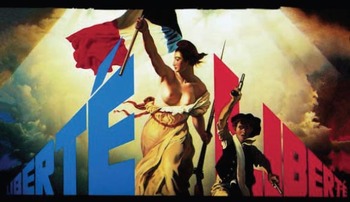 Stella Art Foundation acted as a co-organizer of “Counterpoint: Russian Contemporary Art” exhibition, which will be open from October 14, 2010 at Medieval Louvre and Salle de la Maquette. The exhibition organized by the Louvre in association with the National Center for Contemporary Art and support of Louis Vuitton in the framework of the “Year of Russia in France”. Exhibition curator: Marie-Laure Bernadac, Curator in Charge, Special Advisor on Contemporary Art, Musée du Louvre, assisted by Pauline Guelaud.

The exhibition is presented in the moats, in the Salle de la Maquette, at the keep, and in the Salle Saint-Louis, all of which provide evidence of the 12th-century fortress that predates the Louvre Palace on this site, unearthed in the course of the Grand Louvre project. These archaeological remnants reflect architectural utopias, which are echoed in the explorations of some of the artists included in the exhibition, such as Ilya Kabakov and Igor Makarevich. This underground space also stimulates fantasy and the imagination, as shown in the works of Alexei Kallima, Valery Koshlyakov and Vadim Zakharov. In fact, most of the featured artists have created a work specifically suited to the architecture of the museum. For instance, Yuri Leiderman will present a performance piece in his “Geopoetics” series at the press opening, whereas Yuri Albert will invite visitors to explore the collections blindfolded. In connection with this “Counterpoint” exhibition, the Tuileries gardens will play host to Rotunda II, an installation project by the Russian architect and sculptor Alexander Brodsky, on loan from the PERMM Museum of Contemporary Art in Perm, Russia.

All of the works included in this comprehensive exhibition— paintings, sculptures, drawings, photographs, videos, performance pieces—evoke Russian artistic heritage, from the icon to the museum, by way of a critical reading of the avantgarde. Already at the entrance, Erik Boulatov’s Liberté sets the tone, with a conception caught between propaganda-style aesthetics and a tribute to Delacroix. Some artists, like Pavel Pepperstein, continue to take Suprematism and Constructivism as points of reference, exemplified respectively by Malevich’s paintings and Tatlin’s Tower, the latter being an expression of a revolutionary utopia as much as it hearkens back to the Tower of Babel. Others, like Komar and Melamid, Ter-Oganian, and more recently Blue Noses, embrace an ironic vision of the history of art. In contrast, the video works of Olga Chernysheva and Dmitri Gutov offer a more poetic perspective on the museum, inspired by masterpieces in the collections of the Russian Museum in St. Petersburg and the Tretyakov Gallery in Moscow.

Spanning several generations, the artists featured are also exponents of various movements in the rebirth of Russian contemporary art, such as Moscow Conceptualism, the Art or Death group, and the Inspection Medical Hermeneutics group, to name a few. The two pioneering figures are Ilya Kabakov, who lives in New York, and Erik Boulatov, who makes his home in Paris, but also Andrei Monastyrksy and Igor Makarevich, all of whom were members of the Collective Actions group in the mid-1970s, at which time exhibitions of contemporary art were still prohibited in the Soviet Union.

Performances in the museum Wednesday, October 13, 2010
Performance piece by Yuri Leiderman at the Louvre keep.

And also at the Mac/Val
“You watch us. We watch you.” by Alexei Kallima: In residence from April to July 2010
Known for his drawings and wall drawings in charcoal, Alexei Kallima attaches great significance to the reality of a social situation. He has completed a series of portraits in this medium for the Mac/Val contemporary art museum in Val-de-Marne, depicting the museum’s staff members and also including his own self-portrait. During his residency at the Mac/Val, Alexei Kallima also created the work that will be presented as part of the “Counterpoint” exhibition at the Louvre. 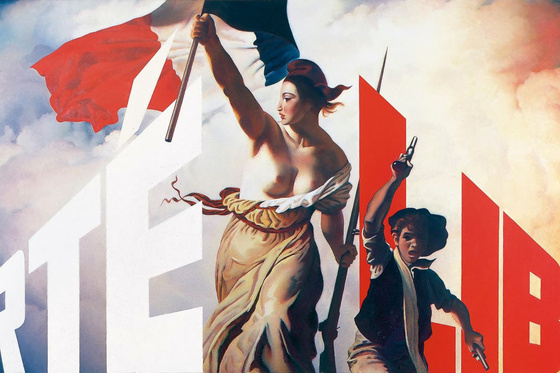 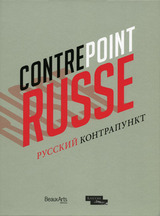