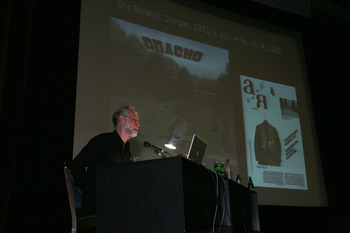 The interest in the Conceptual Art of 1960s—1970s is characteristic of the today’s international art scene in general. The same can be said also about the contemporary Russian art scene. But this new interest in Conceptual art raises a number of questions concerning the legacy of Conceptual Art and its historical past. One of the main questions is the following: Are there only one or many Conceptualist traditions? Or, in other words: Is Conceptualist Art a unified artistic phenomenon or we are able to speak about different, even heterogeneous Conceptualisms?

These and many other related questions will be discussed at the Moscow symposium.

Conceptual Art and its Legacies
With conceptual art, artistic practice became meaningful and communicative again — after a certain period of the dominance of a formalist understanding of art. Art began to make theoretical statements again, to communicate empirical experiences, to formulate ethical and political attitudes and to tell stories. Thus, rather than art beginning to use language, it began to be used as language — with a communicative and even educative purpose.

11:40 — 12:20 Terry Smith “One and Three Ideas: Conceptualism Before, During and After Conceptual Art”

Terry Smith
FAHA, CIHA, Andrew W. Mellon Professor of Contemporary Art History and Theory in the Department of the History of Art and Architecture at the University of Pittsburgh, and Distinguished Visiting Professor, National Institute for Experimental Arts, College of Fine Arts, University of New South Wales, Sydney.

One and Three Ideas: Conceptualism Before, During and After Conceptual Art
It is a nice paradox that the term “conceptualism” came into art world existence after the advent of Conceptual Art — most prominently and programmatically in the exhibition Global Conceptualism: Points of Origin, 1950s-1980s (New York: Queens Museum, 1999) — mainly in order to highlight the fact that innovative, experimental art practices occurred in Russia, Japan, South America, and elsewhere prior to, at the same time as and after the European and US initiatives that had come to seem paradigmatic, and to emphasize that these practices were more socially and politically engaged — and thus more relevant to the present and better art — than the well-known EuroAmerican exemplars. Triggered by remarks made by some of the key artists back in the day (and some made, later, by curators), I wish to revisit the terms ‘Conceptual Art’ and “conceptualism” as pointers to what was at stake in the unraveling of late modern art during the 1960s and in art’s embrace of contemporaneity since.

Chus Martinez
Head of Department in the Curatorial Office of the Artistic Director of dOCUMENTA (13), Chief Curator of MACBA in Barcelona, Director of the INDEX Magazine.

Elsewhere
Lyricism, anachronism, non-sense and research. Contemporary art on the verge on mambo.

Moscow Romantic Exceptionalism: the suspension of disbelief
What if we consider Robert Morris with Andrei Monastyrski, Daniel Spoerri with Ilya Kabakov, Lucio Fanti with Eric Bulatov — or the concrete poetry of Carl André together with that Dmitri Prigov? “Moscow Conceptualism” is envisioned constantly today as “exceptional”: existing outside the comparative practices of art history, outside the New York-based parameters of Art since 1900, and generally outside art-historical curricula, whether or not its artworks were created pre- or post-emigration.

The model, coming from France, of a “cultural exception” (l’exception culturelle française) is two-pronged, however. A specific cultural “distinction” is autonomously declared; yet this declaration is a symptom of self-definition as secondary with regard to the dominant discourse/political system (in the French and Soviet cases this meant America and dominant Anglo-American avant-gardes). And the “cultural exception” posits exclusivity — a fear of contamination. From the inevitably weak position of “those who come after”, I argue that writing such as Boris Groys’ Communist Postscript, 2009 — addressed to contemporary audiences — creates a provocative philosophy which acts as a “sieve of history”. Groys turns the dross and the everyday of the Soviet art world in the 1970s and 1980s into a pure conceptual challenge: a delay in snow. To the classic wine versus Coca-Cola confrontation (so banal, so suggestive) we may add a third term: vodka — the burning liquid which keeps you warm in snow, induces metaphysical visions, banishes pain.

Following a term of discussion with Groys — including the philosophical frameworks behind conceptual art — the English Romantic poet Samuel Taylor Coleridge’s term “the willing suspension of disbelief” springs constantly to mind. Groys emphasised “Holy light”, “mystical experience”, and a “lyrical” and “human” quality in art in his founding text (“Moscow Romantic Conceptualism”, A-Ya, 1979). One must agree with him that no act of empathy, no imaginative project, could permit a spectator or scholar today to share that lost, mystical, Soviet/anti-Soviet vision; moreover we are permanently, disqualified by language. Yet now, as the pre-perestroika world recedes, and Western Communism’s constant dialogue with Moscow has been “disappeared”, modifed histories of “Moscow Conceptualism” appear in German or English rather than Russian. Even Russian contemporary scholars must be subject to the challenge of lost Soviet mindsets — and I surmise that their construction of the “West” erases Western Stalinist art, or the difference between the pragmatic rationalism of American Conceptual Art and European work inflected by Catholicism.... Can we believe, retrospectively in a Soviet “total linguistification of society”, a superpower producing cities, armies, rockets without a “market” — or an art without origins? Our willing suspension of disbelief is surely shadowed by what Groys calls “the dark space of the paradox”.

Conceptual Practices in Moscow: Performing Objects, Narrating Installations
Moscow conceptualism early practices took place on the ruins of the communist free creativity and abolishment of the division of labour. Theirs was a utopia of alienation — a tentative reinvention of an art object separate from its creator, an experimental professionalism amidst the ocean of “folk conceptualism”. What can these practices teach us today?

The Soviet Material Culture and Socialist Ethics in Moscow Conceptualism
The report tackles the social and economic background in which Moscow Conceptualism developed its artistic poetics. If traditionally the source of Moscow Conceptualism’s poetics is sought in the languages of Soviet ideology, the present talk analyses the interdependence of MC with such phenomena of socialist reality as anti-libidinal economy, as opposed to Liotar’s “libidinal economy”, and de-alienation as juxtaposed to the estranged spaces of the Western modernism, still remaining the framework for the western conceptualism. This leads to considering how the Soviet material culture occurs to be conceptual by definition and what are the dispositions of idea and matter in the Soviet background permeating the work of the universalist poetics of Moscow Conceptualism’s “classical” period.

Tyranny of Intimacy / Intimacy of Tyranny
The talk will focus on a moment in the 1970s that was experienced in different ways in different parts of the world.

In the mid-1970s, in the USA, Richard Sennett, influenced by Hannah Arendt, wrote his book The Fall of Public Man, which described Western societies as entering a kind of mass-neurotic psychologization of the public realm, a “tyranny of intimacy”. In the US (Bas Jan Ader, Robert Barry) as well as Italy (Giulio Paolini, Ketty La Rocca) responded with specific answers to this development.

Also in the mid-1970s, Czech artist Jiri Kovanda started to do conceptual-performative actions on Wenzel square in Prague, albeit in a very modest, understated way. And in Moscow, the Collective Actions Group sought to open up realms for performative actions, even if it meant to go on fields or into the woods outside the city. Issues of romantic inwardness versus collective social exchange come into play. Was there an “intimacy of tyranny” that these artists were up against, a kind of uncanny sibling of the “tyranny of intimacy”? With Kovanda and Collective Actions, in different places and under different conditions, trying to find the gaps in-between? Or is that a misunderstanding, a Western projection from Sennett to contemporary commentators such as me? I’m looking forward to exchanging ideas and information on these issues with so many experts in the field present.

Art Without Work?
In Art Without Work, Anton Vidokle discusses pre and post-conceptual approaches to art production that enabled certain artists to put in place unusual conditions of production. Looking closely at Warhol’s Factory and films, work of Rirkrit Tiravanija and other projects, Vidokle argues for a possibility of art without work in the traditional capacity of an artist. 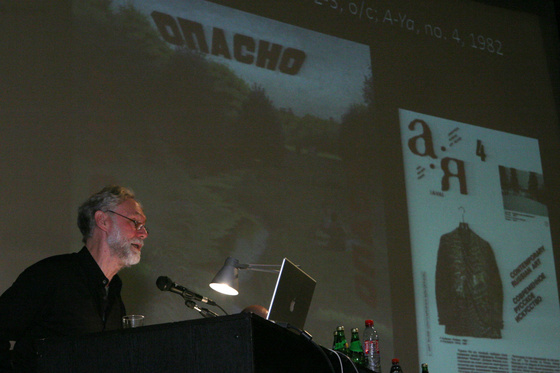