The project of a young Moscow artist Alexandra Paperno at Stella Art Foundation at Mytnaya street constitutes her new series of painting. One of the most moving and sublime plots in the history of world art was chosen by the artist as the groundwork for her exhibition. Immanuel Kant considered the starry arch above us as astounding as the moral law inside us. For Paperno, just as well as for any real artist, moral law is embodied in the very painting. In her pictures there are neither any external, striking effects nor evidently literary plot. The colour scheme is soft and complicated. The technique is multilayered, based on the blend of many similar tints, which show through thin rice paper, incorporated in her works.

By means of her oeuvre the painter seems to reject the power of direct speech, the naïve belief in word. The truth for her appears to gleam somewhere between the lines, in colour nuances and intonations. Paperno’s painting is set on the borderline between abstraction and figurativeness, between the image of an object and the interpretation of its attributes. It becomes evident at once, from the series’ title: precise and quiet. It doesn’t point at the starry arch, but merely at its maps. However, it is not always exactly the maps. Sometimes it is a globe, sometimes — just a single star. The star, however, may as well turn out to be the “Grey sun”. Not a point, but a tondo (a professional term), a circle, expressively painted over with the most low-key, the most complicated colour. It so happens that the sun is not exactly the sun, and the stars are more like points, celestial nebula — coloristic surfaces, but altogether — it represents sheer painting. Nevertheless, it is not “merely painting”, not a superficial formalism, but a huge mass of deeply emotional substance. It is the very thing, which the night sky represents for each of us: fairytale, mysterious and inaccessibly sublime. And the best art for it is nothing else but a map. 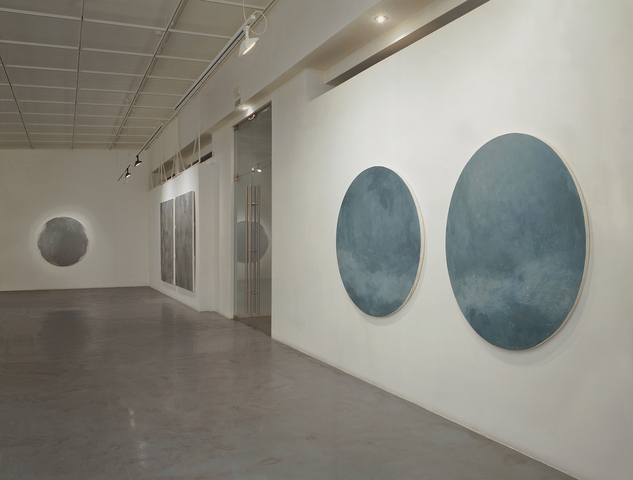 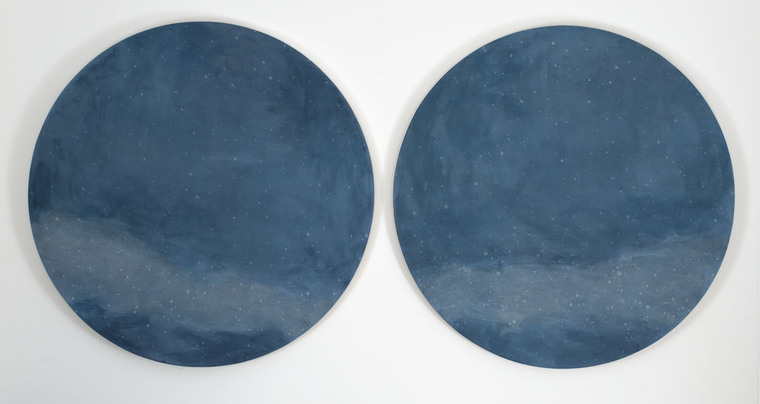 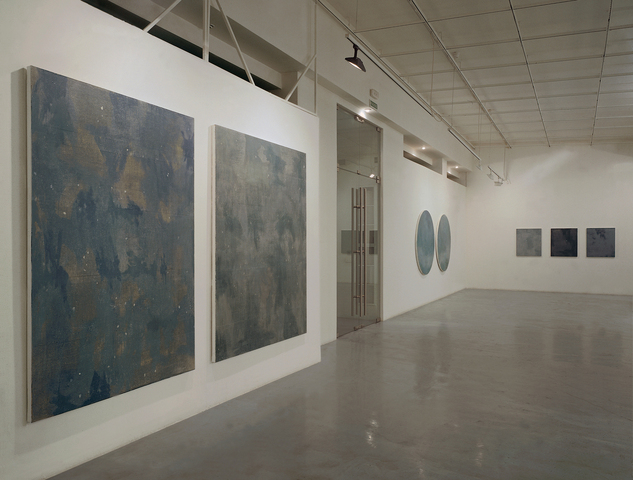 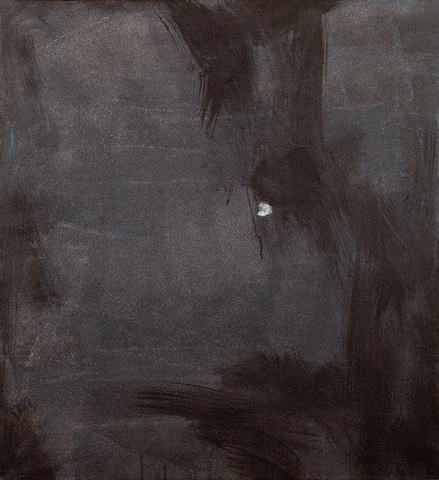 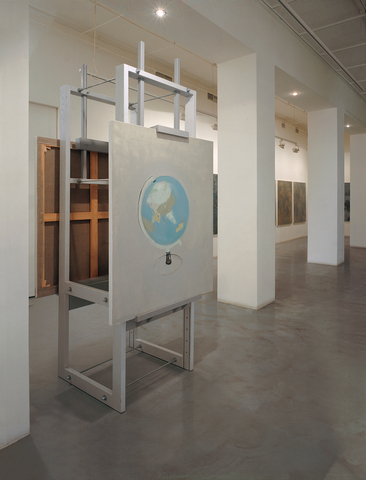 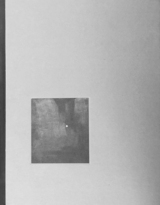