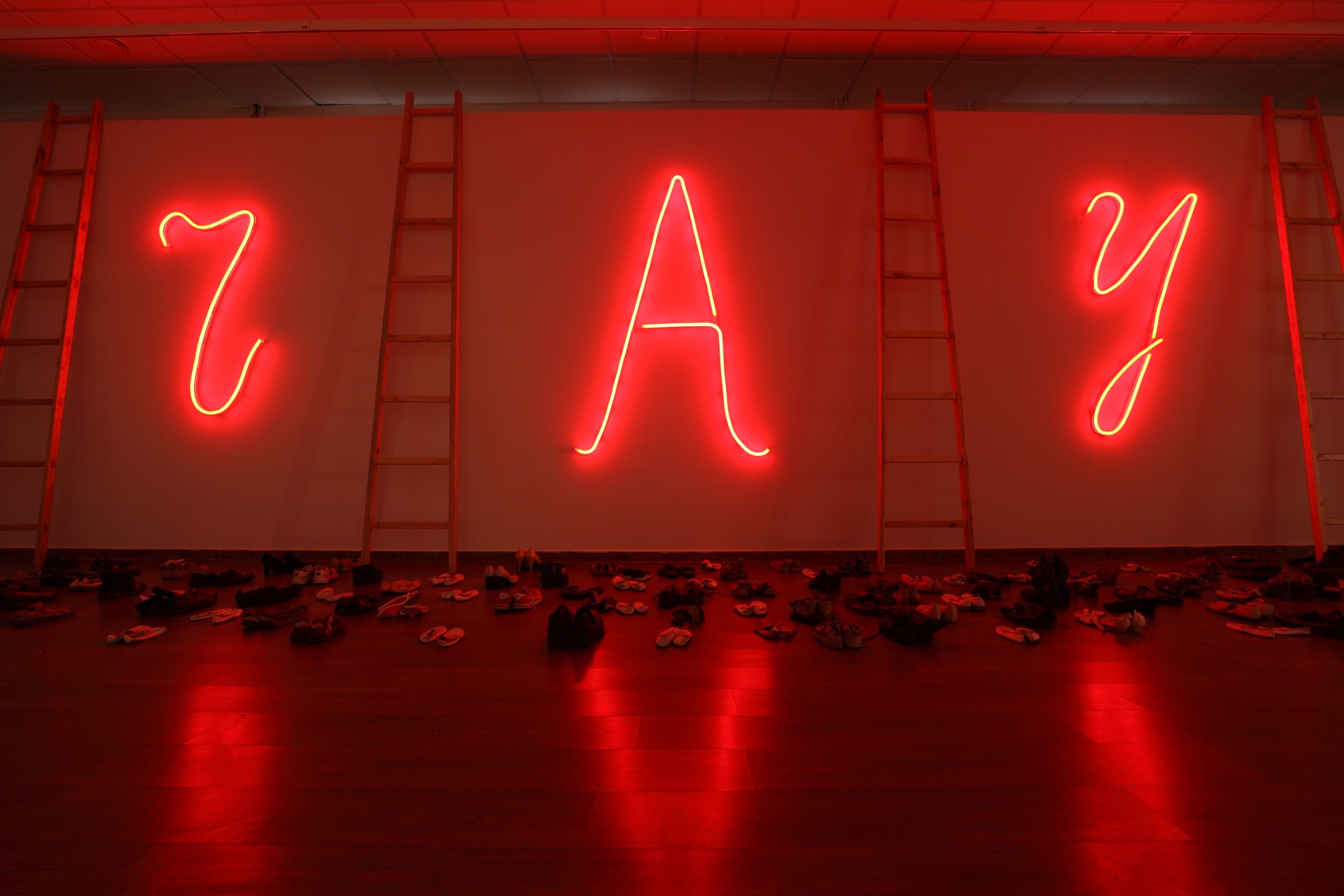 Stella Art Foundation presents the installation Unknown Reasoning Powers by the classic artists of the Moscow Conceptualist School, Igor Makarevich and Elena Elagina. The work was first shown in 2010-2011 at the Contrepoint Russe exhibition, held at the Musée du Louvre (Paris), and has never previously been displayed in Moscow.

The thematic base for the installation is a note by the prominent Russian scientist and philosopher, Konstantin Tsiolkovsky, made at a time when he was developing the project of Nikolai Fedorov, the founder of Russian Cosmism, for the “resurrection” of previous generations and simultaneously working on construction an interplanetary space ship. On the evening of 31 May 1928 Tsiolkovsky saw a cloud figure in the sky, which he deciphered as the union of three Latin letters, phonetically equivalent to the Russian word “rai”, meaning “paradise”.

The work by Makarevich and Elagina consists of four staircases against a wall (the stairs are understood to lead to the sky), between which the above-mentioned letters glow in pink neon; more than 100 pairs of assorted footwear are placed at the foot of the staircases.

In the words of the artists, the installation is a continuation of the utopian theme developed in their most recent projects (The Common Cause, The Russian Idea, Mushrooms of the Avant-Garde): “Our work concerns the inevitability of illusion and the high price, which must be paid as a result. The staircase has been a symbol of ascent into the sky and the penetration of another space since biblical times. The piles of abandoned footwear are meant to raise a doubt in the viewer — is this the aftermath of a miracle or of a tragedy?”

Makarevich and Elagina are the authors of several major exhibition projects (Closed Fish Exhibition, Within the Limits of the Beautiful, Pagan, etc.), which have united the themes and devices of each artist in a harmonious fashion, and offered an original development of the installation genre, which was of central importance to radical Russian art from the end of the 1980s and through the 1990s. 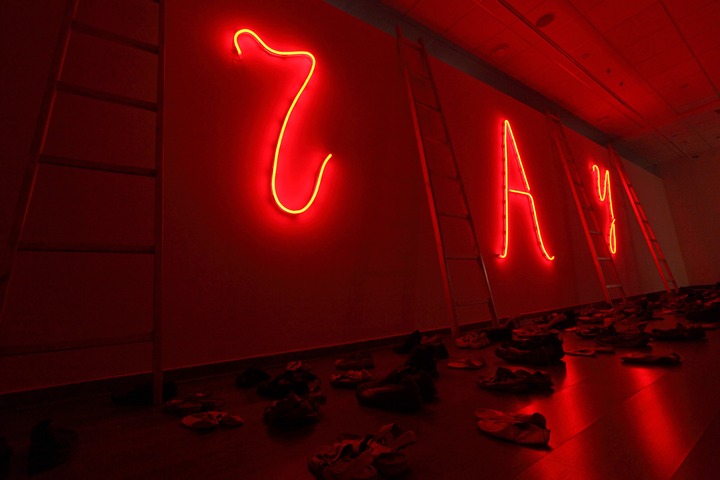 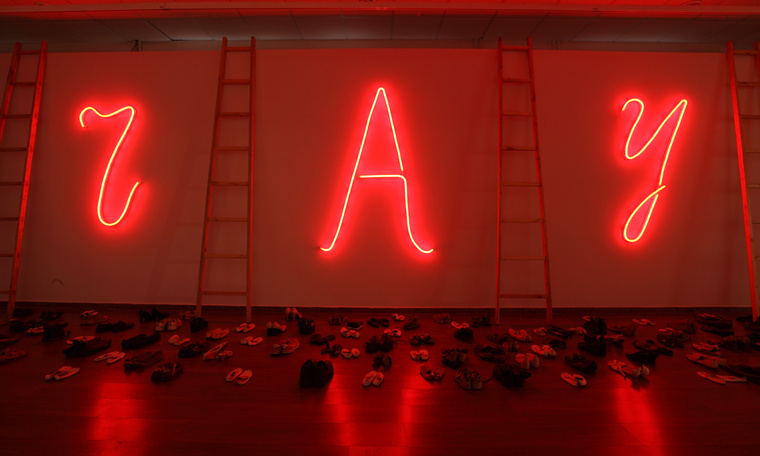 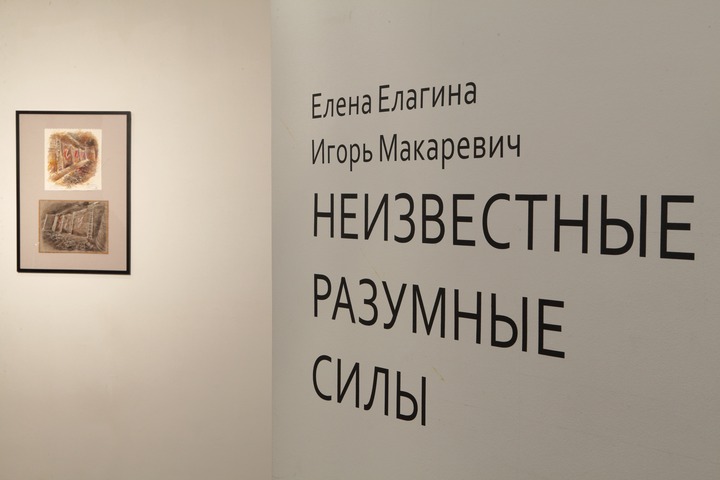 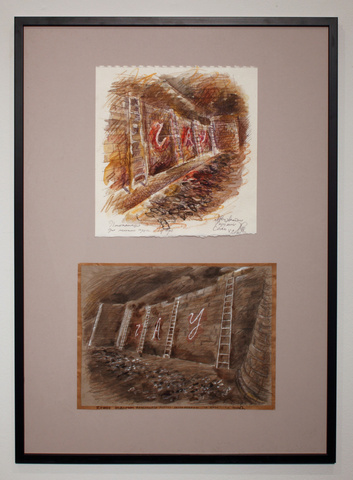 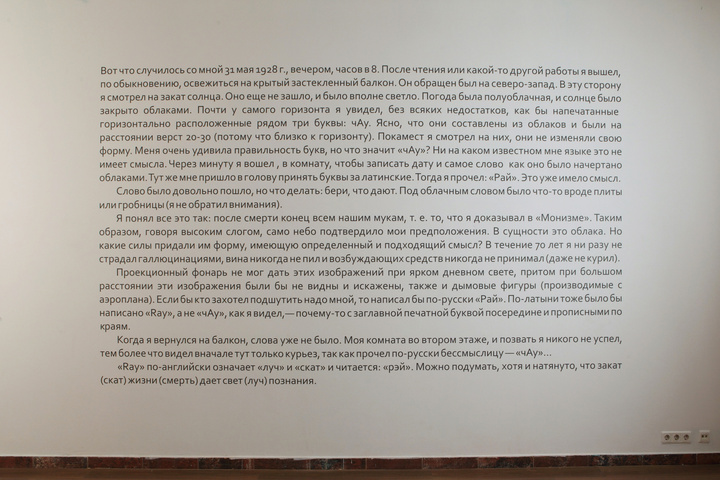 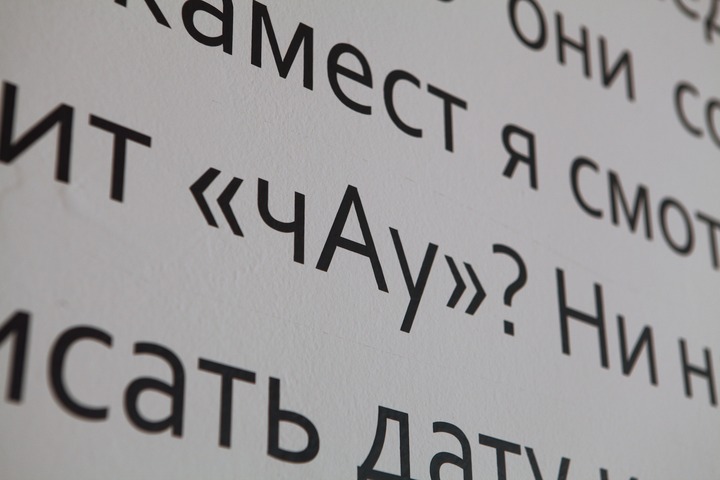 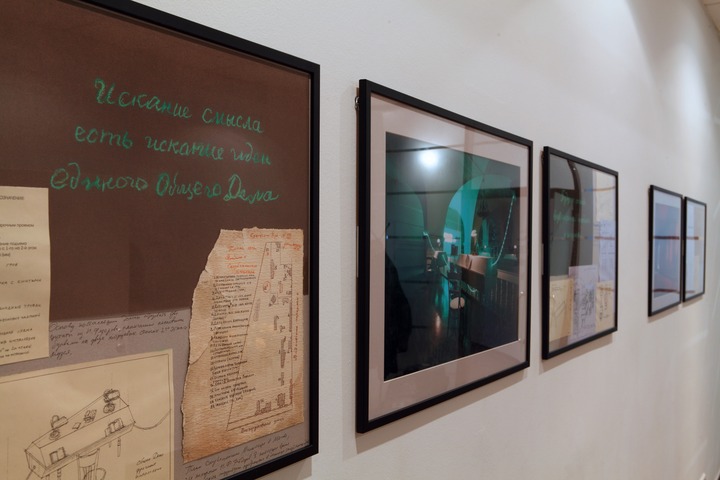 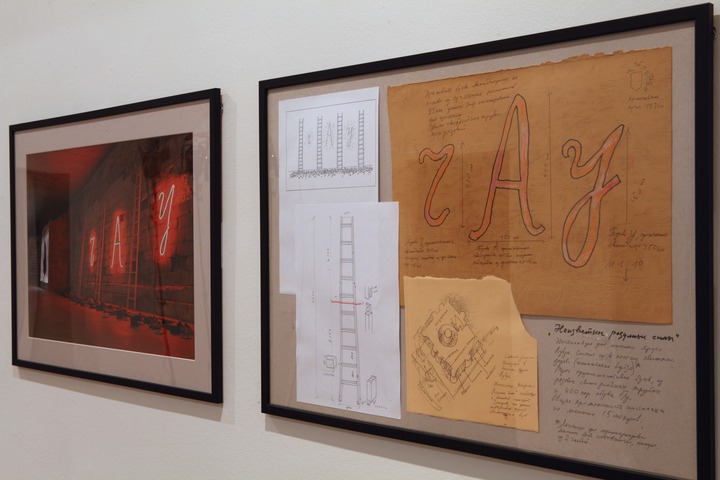 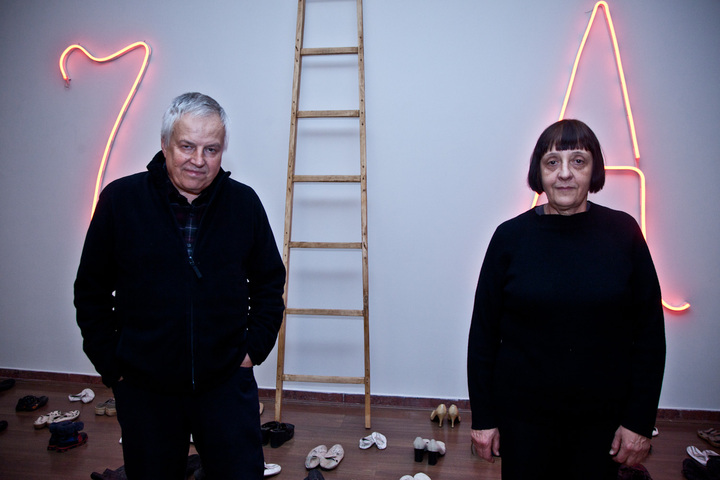 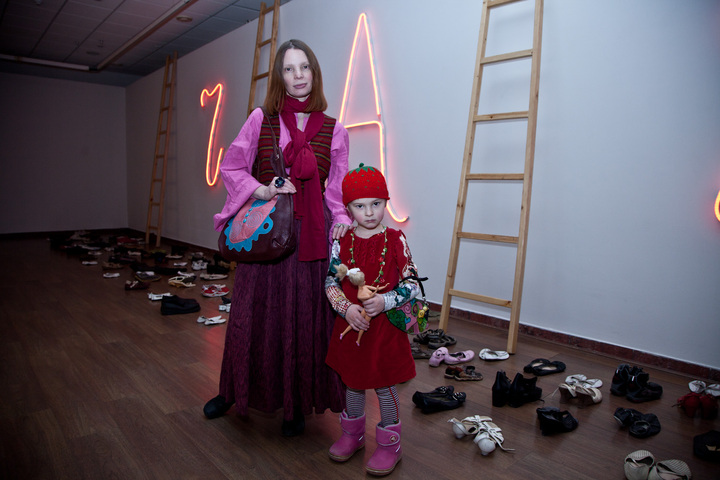 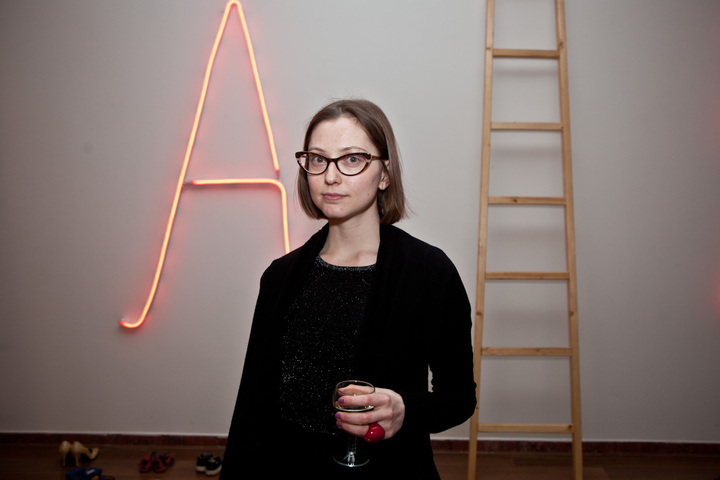 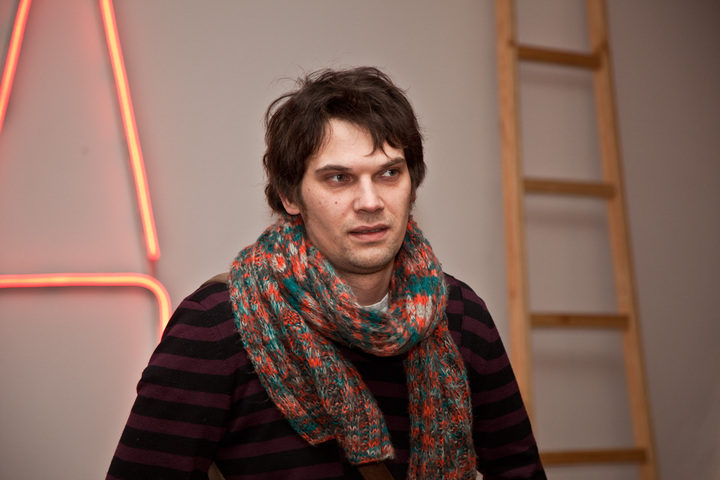 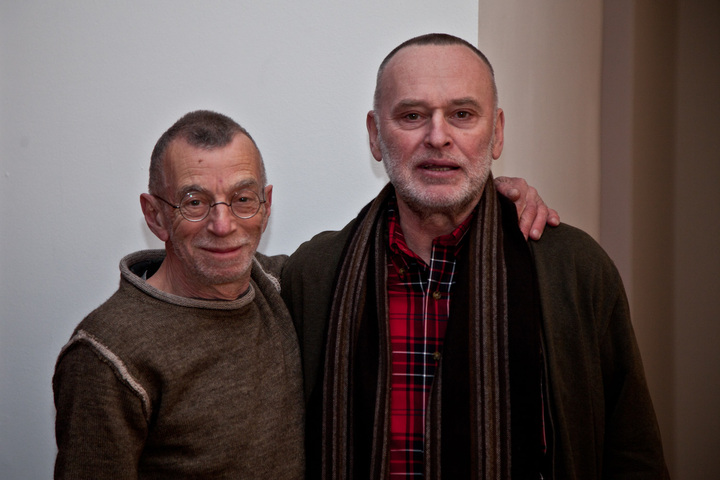 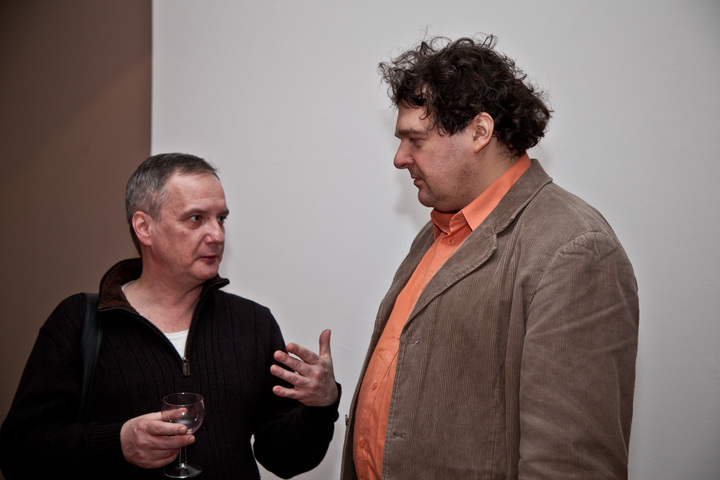 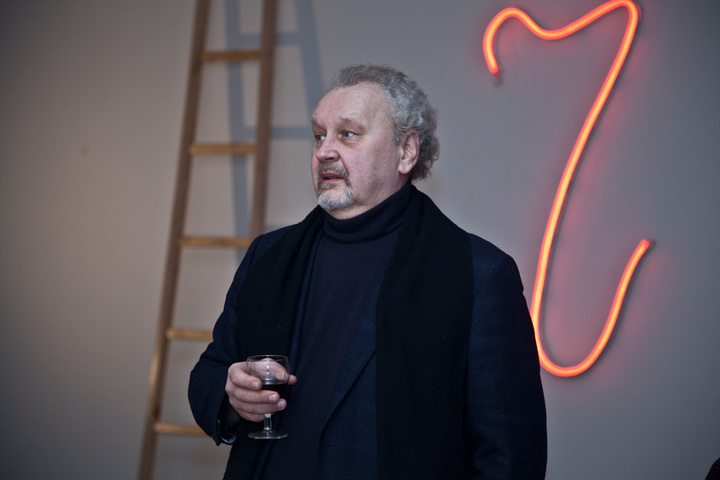 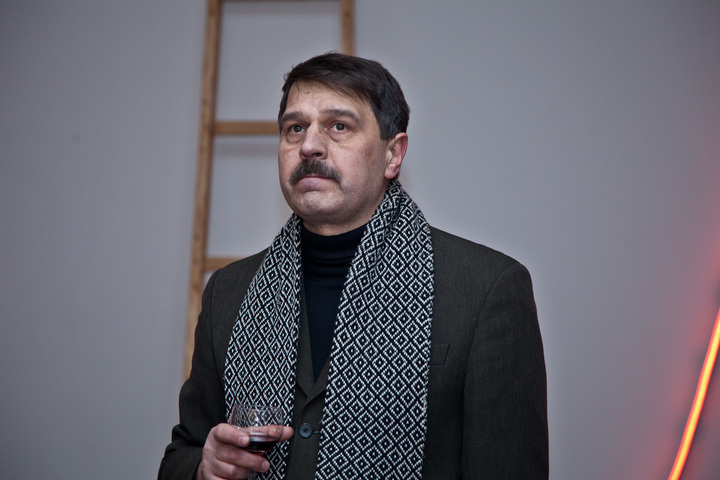 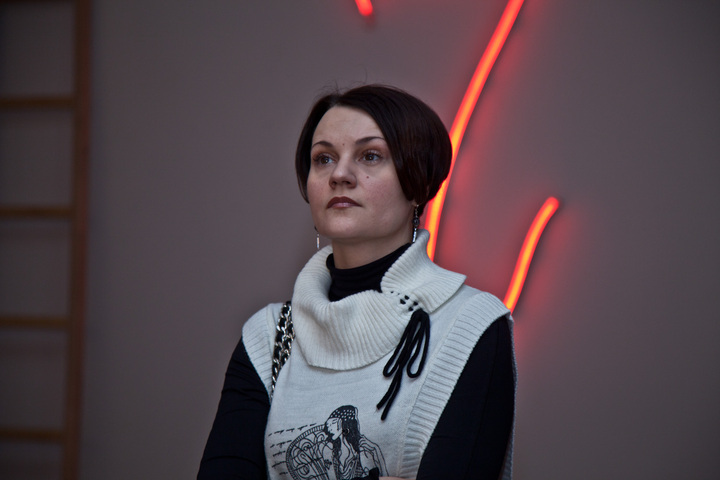 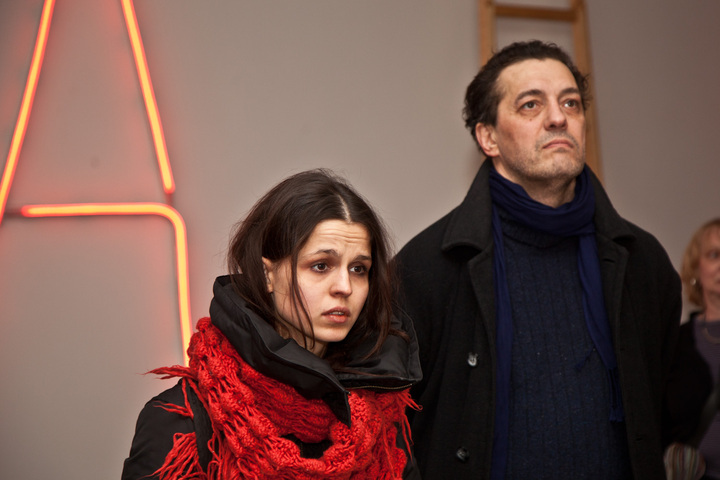 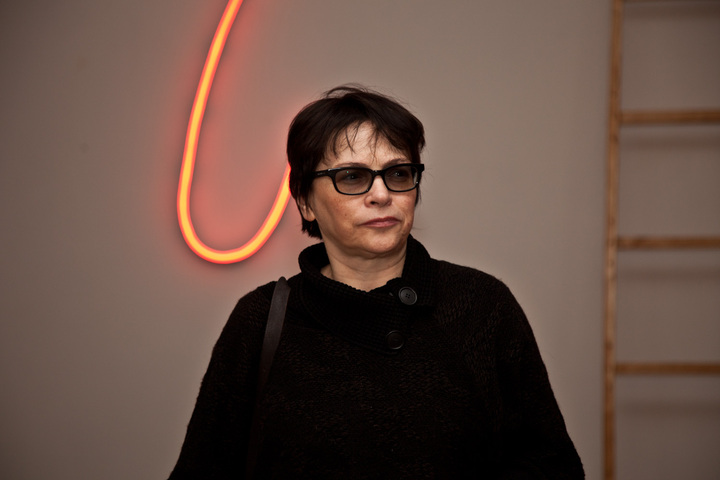 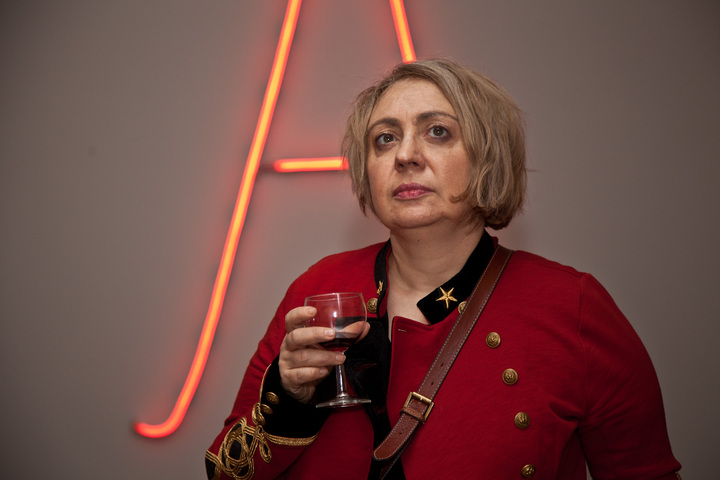 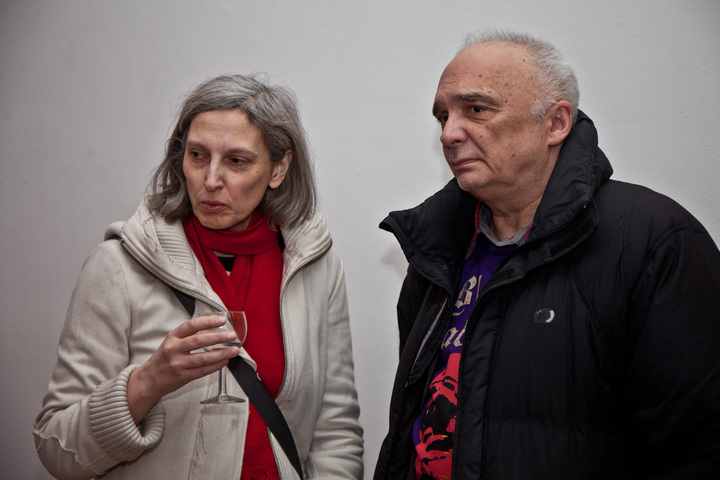 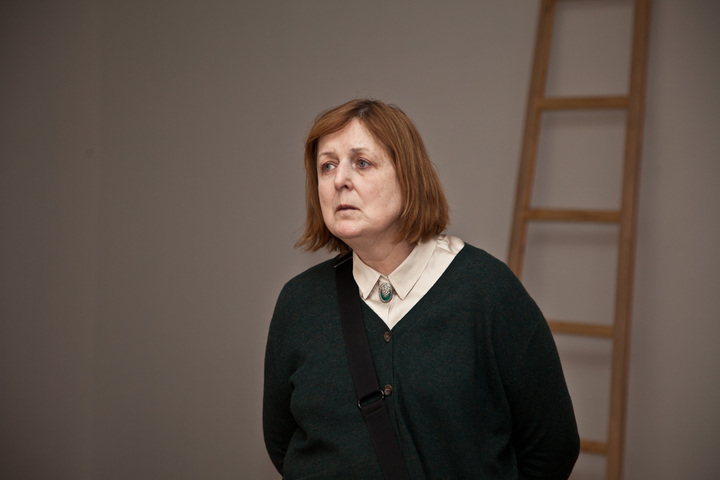 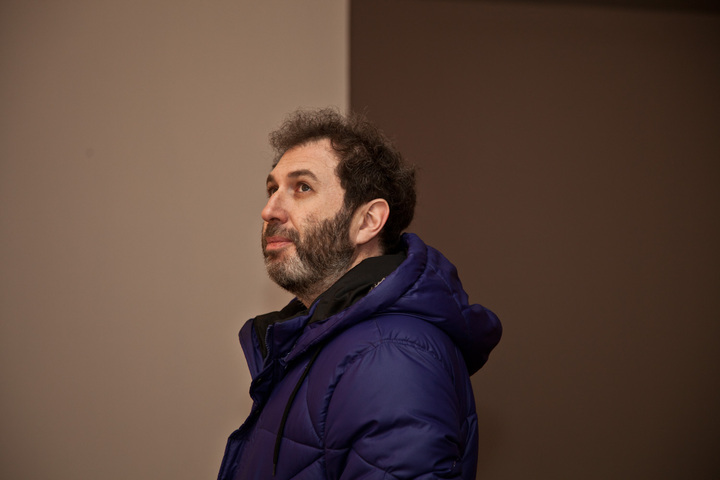 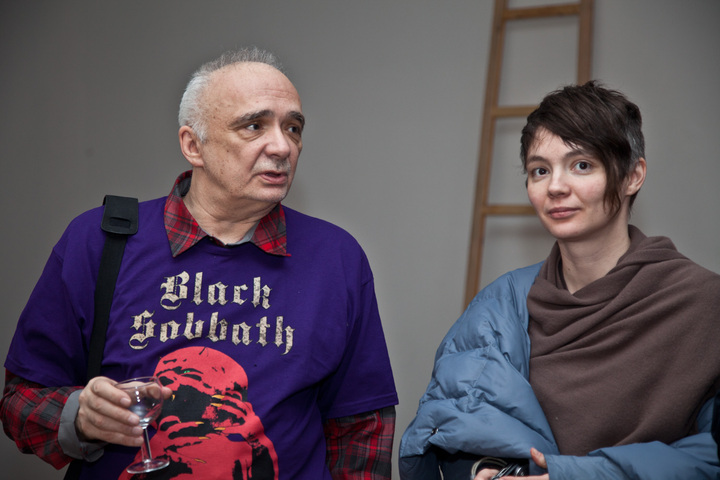 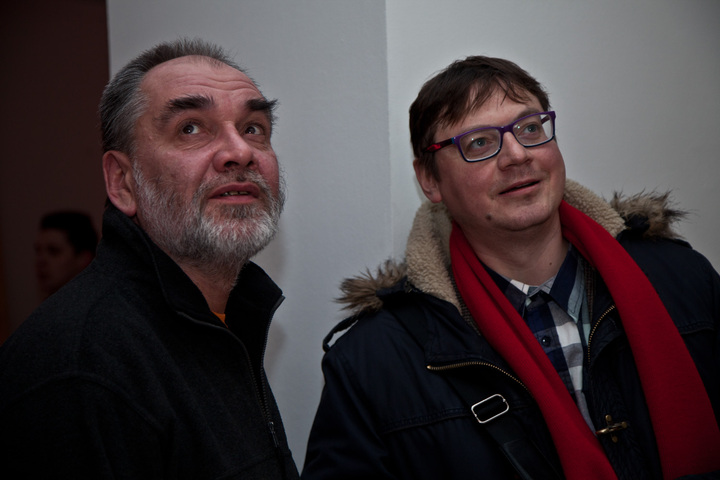 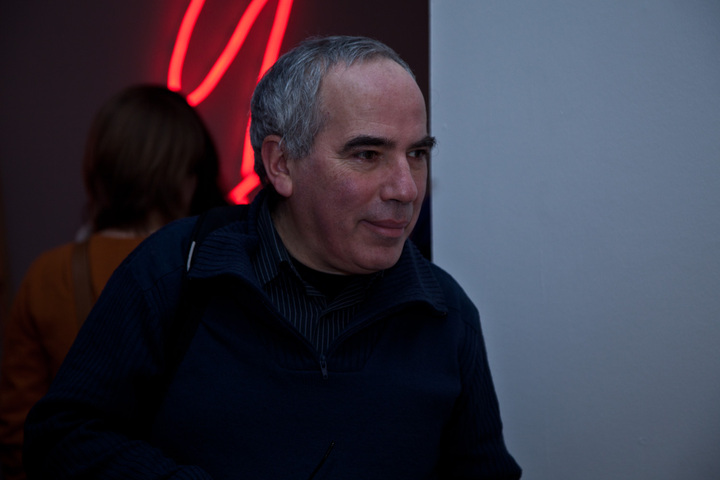