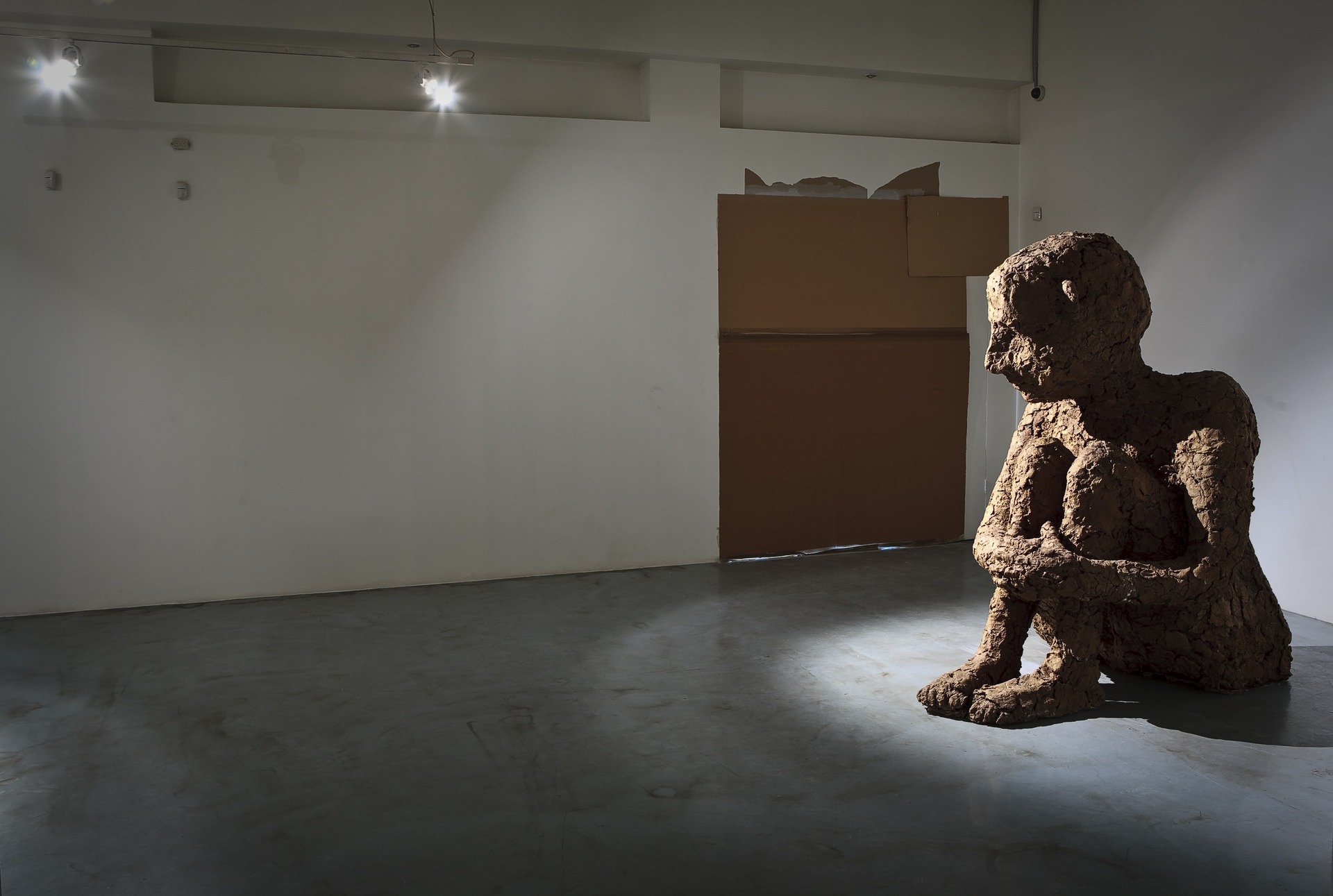 Andrey Kuzkin is one of the most promising young newcomers to the Moscow art scene. He became known just two years ago, following the performance of his “Full Circle”, which was among the most prominent events of the 1st Moscow International Biennale for Young Art “Qui Vive?” After the successful debut, projects with both the Stella Art Foundation and the “ARTStrelka Projects” gallery followed, much to the increase of the artist’s reputation. Eventually, Kuzkin became the winner of the IV Annual Russian national award for contemporary visual arts “Innovation” (2009, nomination “New Generation”) and the “Soratnik” Prize in 2009.

Andrey Kuzkin’s new project with the Stella Art Foundation builds on the leitmotif of his previous work — the search for a universal, final base of our existence, hope for a meaning beyond the limits of life’s glaring hopelessness. The central piece of the exposition consists of three human figures moulded out of bread. Naked, primordially ludicrous, they are presented in the simplest postures, trying to overcome the forces of life’s earthly gravitation.

Vladimir Levashov speaks of the exhibition in following terms:
“Three naked male figures with disproportionately huge heads, modelled roughly out of an undefined grey-brownish substance. They are so enormous that they are incapable of handling their own size and weight. Their spasmodic gestures are evidence of their lack of the most basic skills needed for survival. And one can hardly fight the impression that they were only born yesterday, even though their bodies are already on the verge of disintegration. These creatures dominate the space of the exhibition so much that it seems like a toy house, in which their bodies are both transitory and inappropriate. Or maybe, hints the same intuition, they only appear this way in the tunnel of our own routinely ruined perception. Whereas in reality their place is somewhere else, somewhere where this perception cannot reach”.

Here is what the maker of these creatures tells us about them:
“All this is founded on feeling, on pure emotion. In this case art’s role is to express something that cannot be expressed with words, or if you could, it would be trite and vulgar. I like simple people, hard workers, all those people living next door. The differences between us are irrelevant. I speak of death, of the fact that we are all equal before it and it arouses similar emotions in everyone. How my heroes look has nothing to do with social criticism: such interpretations would be much too simplistic. One wants to find the things all people share: the undeniable, indisputable things. They are just people. Simple mortals. All of us are. And our problem, our shared problem, still wouldn’t be solved, however hard you try.

And of course, it is also an exhibition about the people living in this country. The people who drink, beat each other up, scream and shout but are still people. They grow old and they die. These are my heroes, and I am among them, one of them, and I feel this energy of destruction that is, at the same time, an energy of flight.

Our bodies are left behind and disintegrate, but we are flying. We have to destroy ourselves if we want to feel the energy of flight. Like in Yanka Dyagileva’s song: “Pick your feet up high from the ground!”

The second part of this statement is at least as much, if not much more, important than the first: eventual flight is more important than the destruction, even though the destruction may be its immediate cause. In a way that goes against the grain of visual art, it is precisely what is absent, hidden from the author-spectator, that is proclaimed to be in the centre. While what remains, allowing of no appeal, visible to us, what is present here and lies at the root is all this emotional effect is the ugliness of physical disintegration. And it has the power to push our perception beyond the limit of what it visible to it, where these figures, crushed by earthly gravity, suddenly become heroes of levitation. They must become that, if only drawing from the title of the project and the author’s intention, from its logic, so convincing in its absurdity. As well as from the symbolic qualities of the material their bodies are made of.

This clay-like grey-brownish substance is in fact bread. Bread mixed with salt, soaked in water and bound by glue: basically, it is a “turya” mush, the food of beggars. If we add to this that Kuzkin first stumbled upon the recipe for the material of his sculptures on a website entitled kriminala. net (literally, “crime doesn’t exist”), it becomes clear that the creative source of this sculptor’s work is buried in the very thick of life. Life, with all its age-old dialectics. Earth brings forth grain, which in turn becomes bread. The substance of bread resembles the flesh of the earth itself. And while we call the best of people “the salt of the earth”, they are also its bread. Not to mention the rest of us, who basically constitute that very “bread of the earth”. Moulded out of dust in order to return unto dust, only to reach once again towards the sky as the ears of wheat. And yet, the symbolism here is as evangelical as it is pagan. And the pathetic extremes are fused into the bland-looking batter open to a certain simple, extremely platonic (from Andrey Platonov, not Plato) magic, chosen for some reason or other to rule over our space. 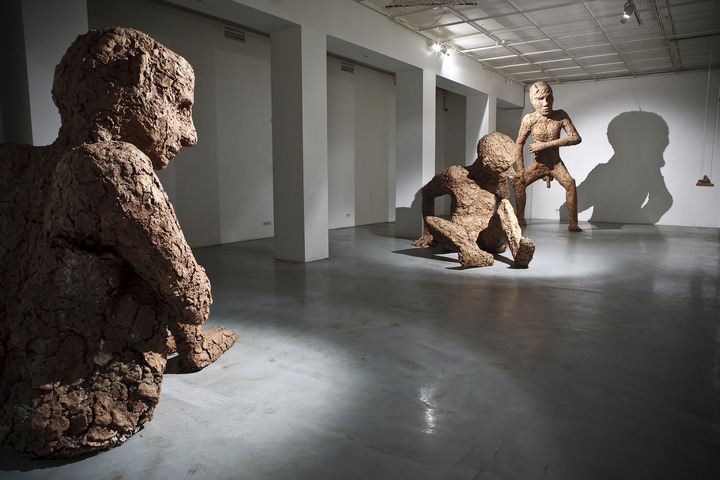 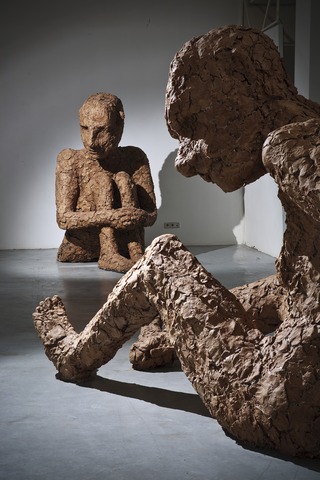 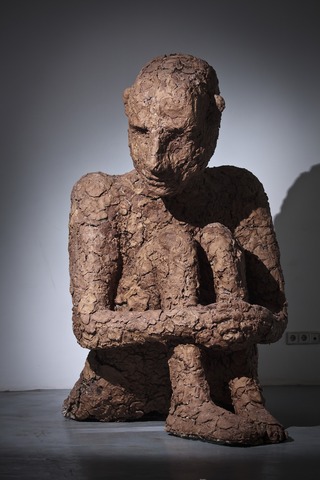 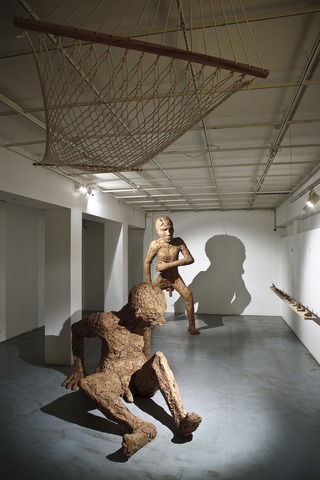 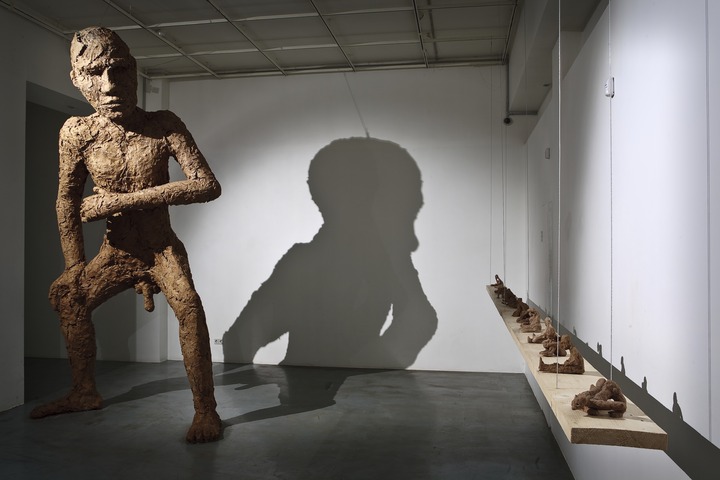 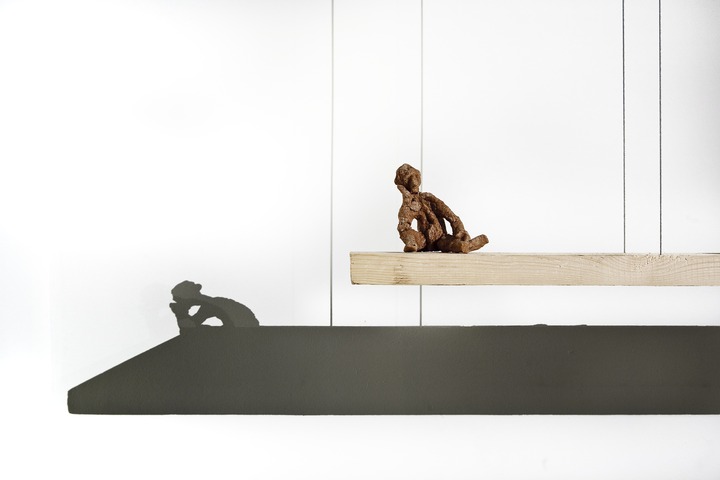