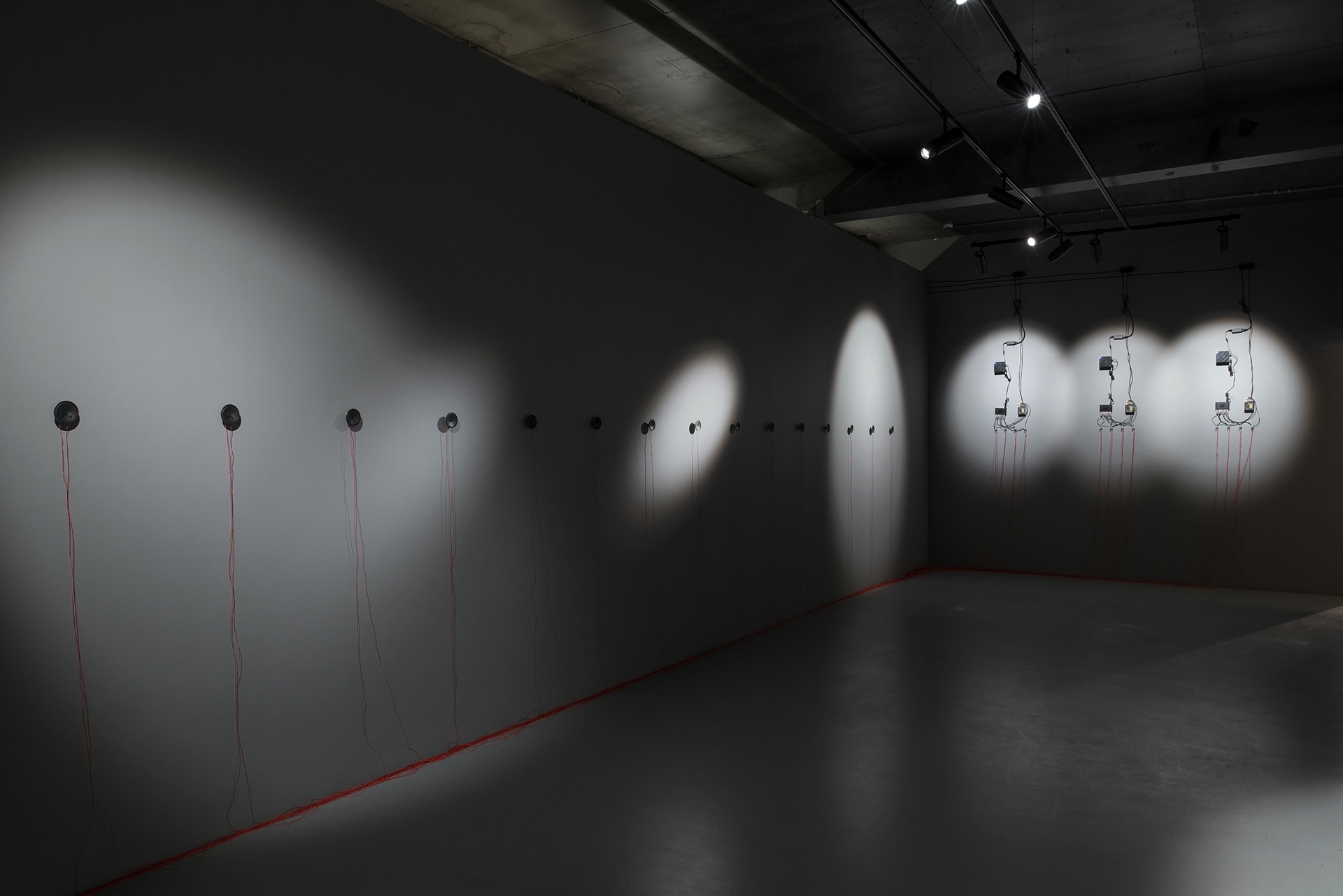 Stella Art Foundation is presenting composer Dmitri Kourliandski’s first solo exhibition. His work continues the tradition of interaction between current music and contemporary art. Visitors to the exhibition will encounter three sonic installations that are being offered to the public for the first time.

President of the Stella Art Foundation, Stella Kesaeva, had this to say on the eve of the exhibition’s opening: “We first encountered Dmitri Kourliandski in 2014 when the Foundation was involved in staging the opera “Nosferatu” at the Perm Opera and Ballet Theatre under the direction of Teodor Currentzis. This was a remarkable experience for the Foundation in collaborating on a new opera with music composed by Dmitri Kourliandski and libretto by poet Dimitris Yalamas. It was directed and choreographed by Theodoros Terzopoulos, an expert on the theatre of antiquity, and its scenic design was curated by Jannis Kounellis, one of the foremost proponents of the Arte Povera movement. The production used the talents of stage and opera artists from Russia and Greece — the legendary Alla Demidova and avant-garde singer Natalia Pshenichnikova together with Terzopoulos’s frequent collaborators Sofia Hill and Tasos Dimas. I am very pleased that we are continuing to work with Dmitri. This autumn the Foundation’s galleries will be literally “ringing in the new”. In fact, for the first time there will be no traditional artworks on display. Visitors will be immersed in an audio-sonic installation.”

The central piece is a composition of four media files with digital silence, which will be in counterpoint with “4’33” by American composer John Cage. That work was first presented on 29 August 1952 in Woodstock at a benefit concert in support of contemporary art. While Cage’s work pointed out the impossibility of obtaining absolute silence among the millions of sounds that would crop up during a live acoustic performance, Kourliandski’s “Cryptosilence” stresses the radical and upsetting otherness of digital reality: the file being played is in fact silent, but the only real listener to this digital void is a machine.

“Pianospace” is a 24-channel generative sound installation offered in homage to the classical academic musical tradition of composing 24 préludes that was followed by Bach, Chopin, Debussy, Rachmaninov, Scriabin, Shostakovich and others. A programme developed together with media artist Oleg Makarov generates in real time interspersed piano sounds that turn into a prélude, an intermediate and enticing stage on the way to the radicality of digital silence.

Those two pieces are framed by four works from the “Inescapable Acoustic Situations” series in which the sound of human breathing is blended with sounds of the city and mechanical clatter, nature’s rustlings, and synthesized sounds in order to form a single soundscape of the end of the Anthropocene epoch and the transition to an age of digital hegemony.

All three works are available on the NFT market and online, which will enable visitors to the exhibition to become participants in the audio performance and play files on their smartphones using QR codes.

Dmitri Kourliandski was born in Moscow in 1976. He is a graduate of the Moscow Conservatory and pursued advanced studies in composition with Leonid Bobylev. He won the International Gaudeamus competition in the Netherlands (2003). He was artist-in-residence of the Berlin Artist Programme (2008) and won the Gianni Bergamo Music Award in Switzerland (2010). His awards also include a prize for new opera at the Johann Joseph Fux competition in Austria (2011); the Parabola prize from the Andrey Voznesensky Foundation (2016); and the Franco Abbiati prize awarded by Italian music critics. In 2020 he took the Moscow Art Prize, and in 2021 he was awarded the Golden Mask. In 2017 together with artists Grisha Bruskin and Sasha Pirogova, and with the Recycle art group, he represented Russia at the 57th Venice Biennale of Art. Also in 2017, Dmitri Kourliandski was recognized by the Italian magazine Classic Voice as one of the 100 most influential composers of the twenty-first century. In 2020 his name was among the leaders of Russia’s creative economy on the ”100 Most Creative Russians” list. He is a member of the Composers’ Union of Russia. Since 2013 he has been musical director of the Stanislavsky Electrotheatre.