Ilya and Emilia Kabakov. We Are Free! 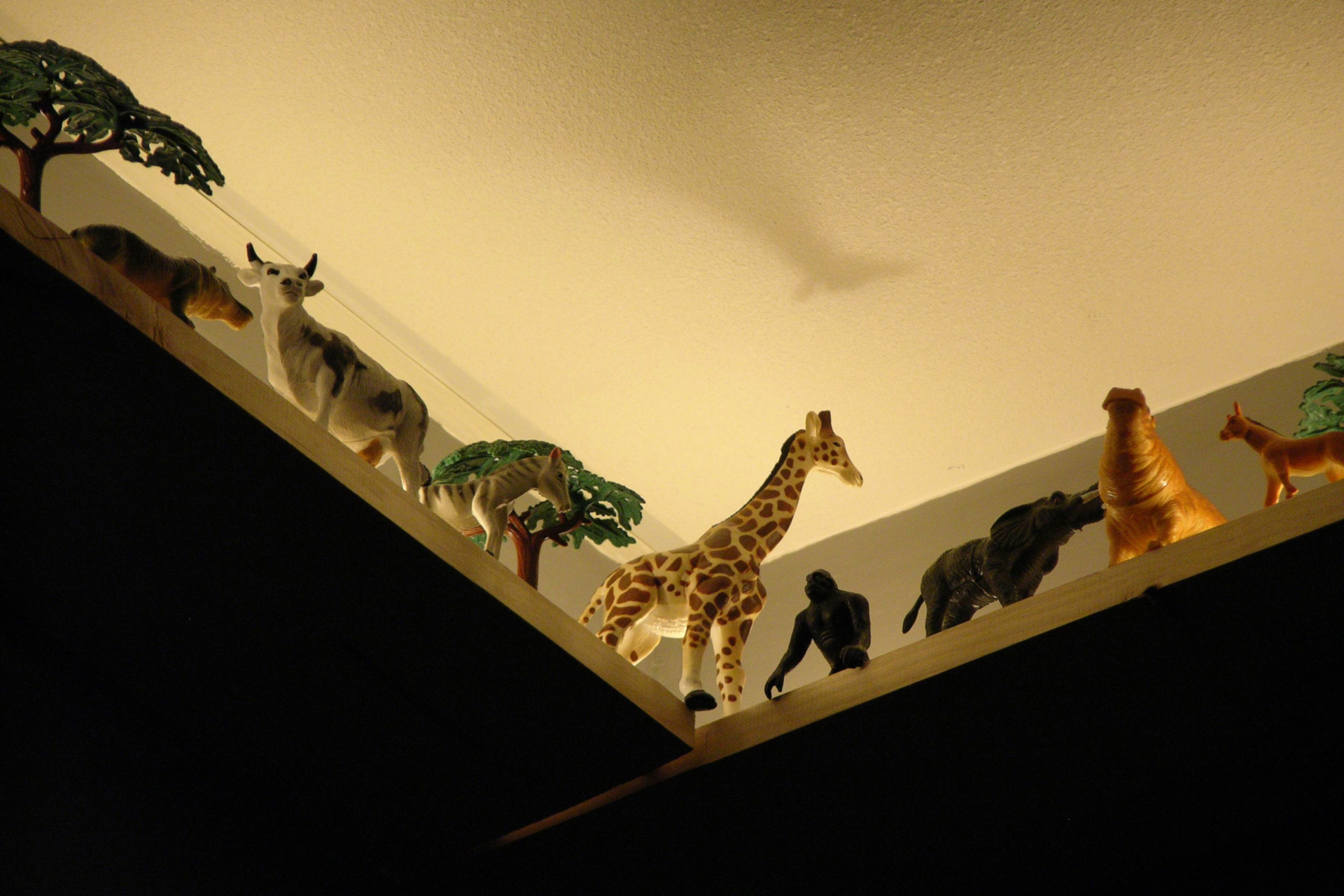 The central position will be taken by installation Catching the Rabbit (1997). Ilya Kabakov refers to it: “Do you remember how in Gorky Park in Moscow in the 1950’s there were a lot of figures made out of gypsum, figures of swimmers, speed skaters, disk throwers? They all stood on short pedestals. I remember walking by there one time and I saw such a white speed skater lying in the grass (he had been knocked down by hooligans), and he was still lying in the pose of someone running, not knowing that he was lying down”. This installation Catching the Rabbit consists of two aluminium sculptures: running man and rabbit situated on the green carpet cover.

In addition, this exhibition will represent three works from series Slogans. Explaining them, the author said: “From afar the viewer can see the inscription on the wall, “We Are Free!”, written in a fine black outline. But approaching closer, he suddenly discovers that this inscription is formed from a multitude of flies sitting on the wall (the flies, of course, are artificial, made of plastic). Immediately, a tragic-comic metaphor arises in the consciousness of the viewer: flies, as everyone knows, usually fly in various directions in complete freedom and chaos, but here they are arranged in a distinct, compulsory order only so as to proclaim loudly and clearly that “they are free!”.

The Foundation has published an illustrated catalogue of the exhibition with essays by Robert Storr and Ewen McDonald. 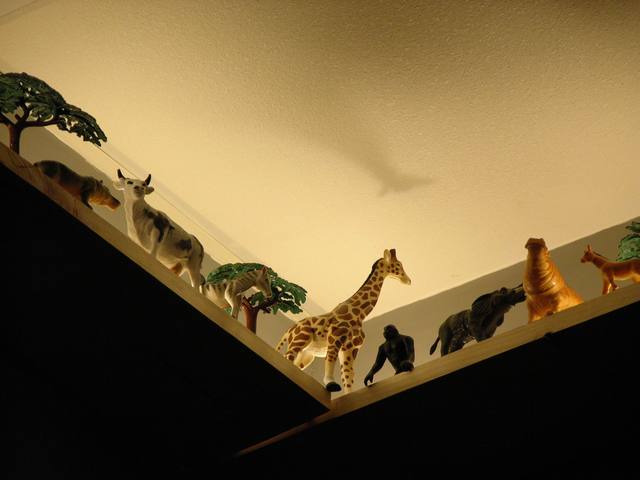 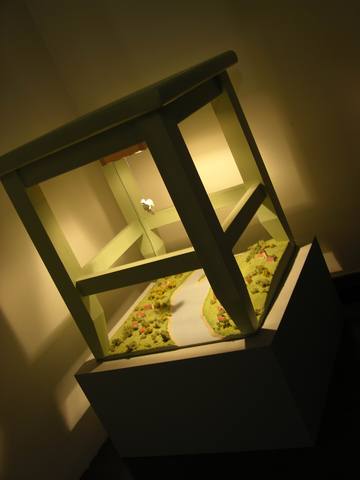 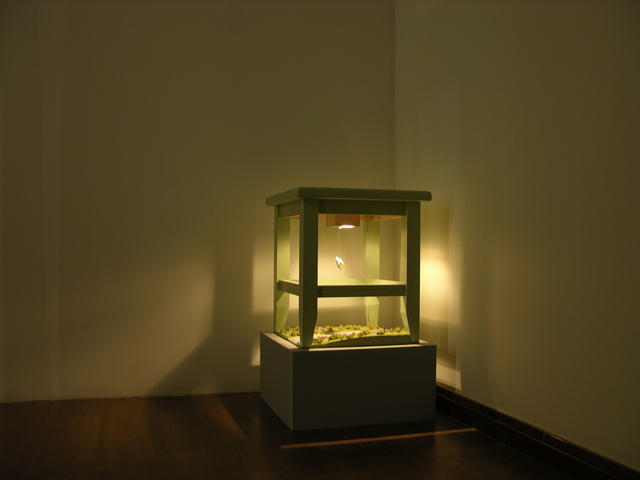 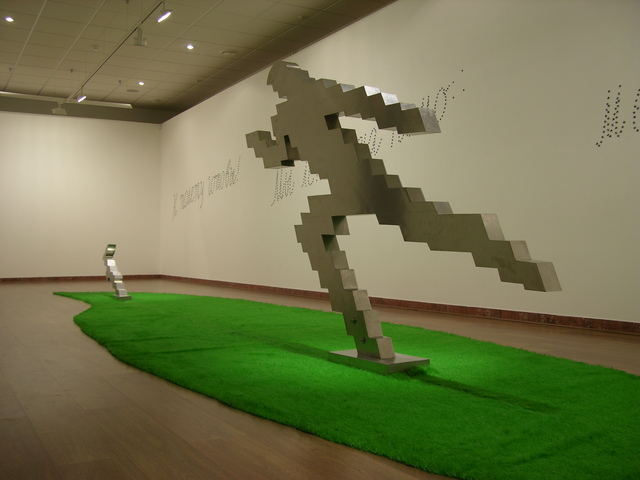 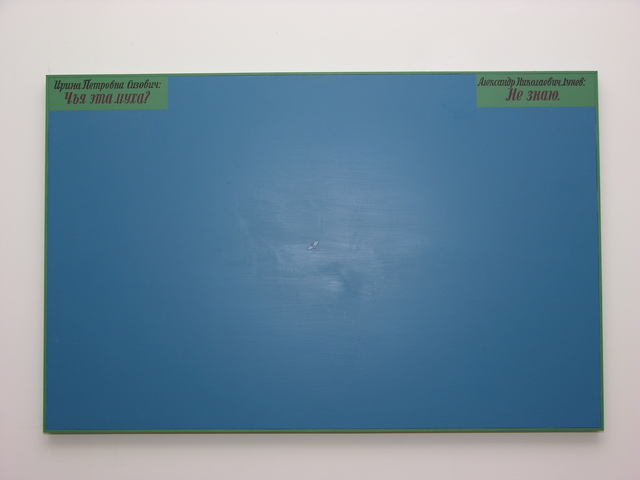 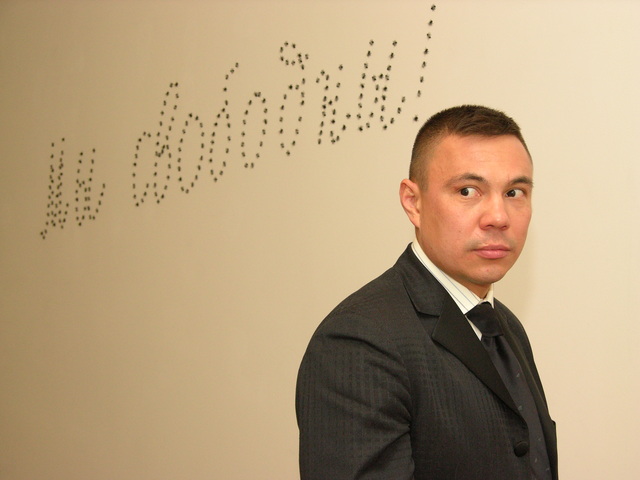 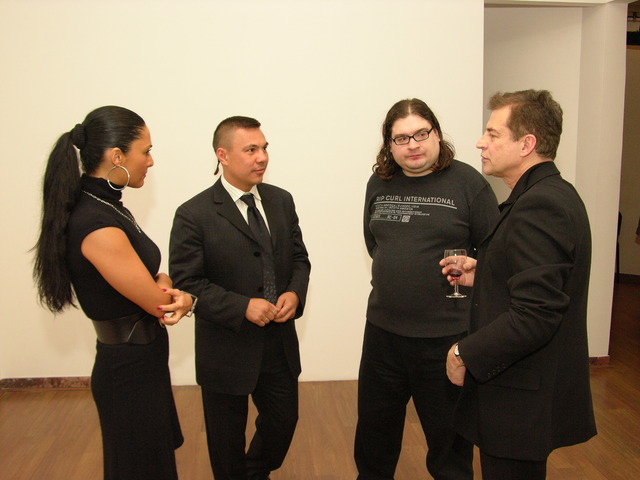