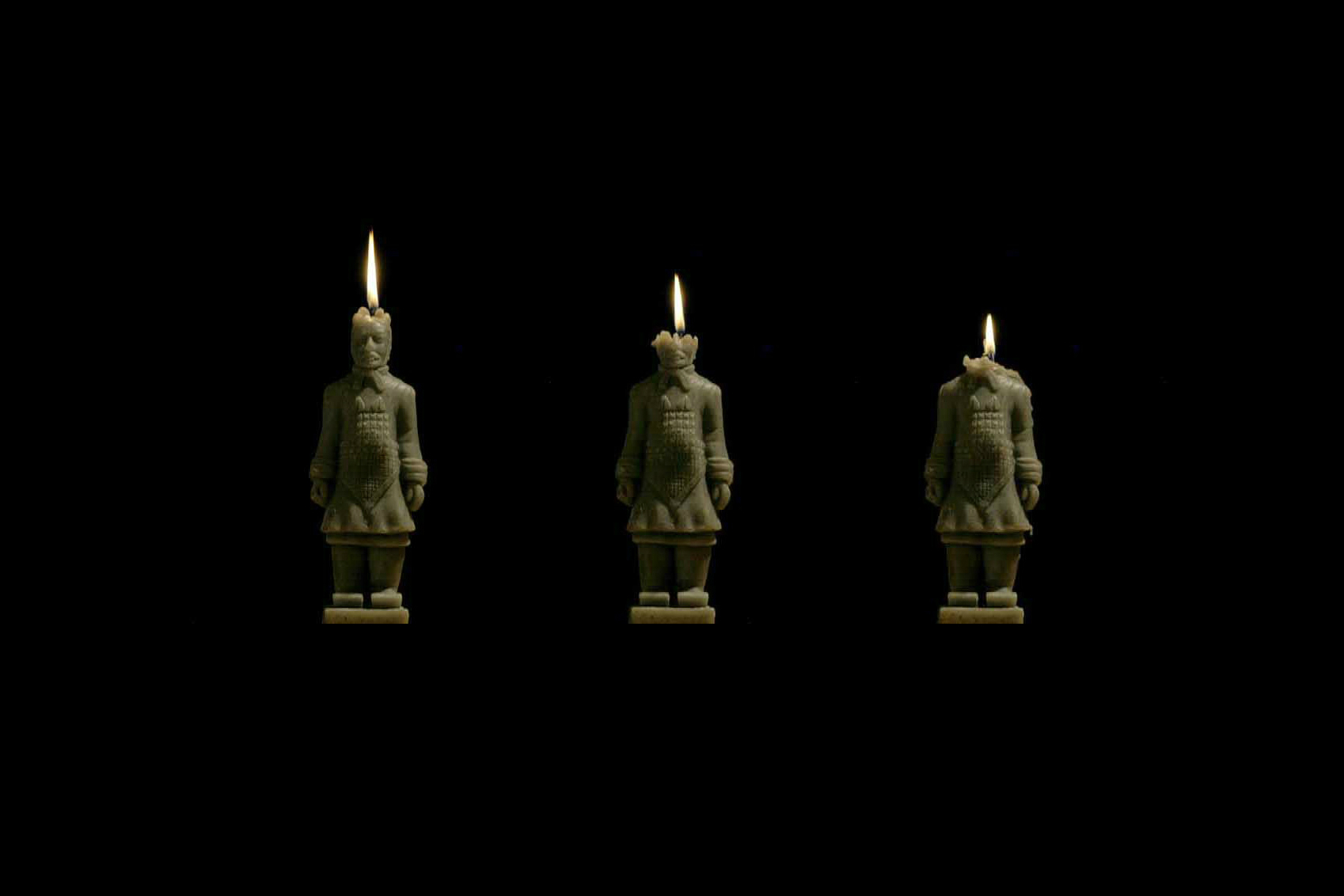 The present exhibition of the group Institution of unstable thoughts at Stella Art Foundation’ space at Mytnaya street is an direct sequel to its exposition Media-comfort, which has just closed in another SAF’s space at Skaryatinsky pereulok. In their project the artists carry on the same topic of the interior, technologically and artistically changed, but with a totally different stress.

The majority of works, which the public can see, represent technologic hybrids. They include pictures with digital dynamic images projected on them, alongside with some usual paintings as well as just projections. In fact, painting has become a kind of “common” background — wall fragment, a curtain, or an object. Still it is delicate to the extent of complete neutrality — of interjection, of silence. Silence is always mysterious, it implies the unknown, the missing — something which is percept as a miracle. The background obviously lacks image, which justifies the very image being used as a miracle. In this particular case it is a miracle of animated image. If a picture-background embodies some mystery, then it relays the “function of miracle” to another medium — to video. One can’t exist without the other, the intrigue consists in the very interaction between images and technologies.

There is no difference between miracle and deceit in art: ancestral home of art is magic illusion. Междоmedia images keep up the old tradition of art-deceits. However, if former art-deceits mystify us with the illusion of texture and volume, then the modern ones come to life through motion aura. Within the range of various works — from Bill Viola and Tony Oursler to Aidan Salakhova — pictures and objects animate themselves dynamically. Institution of unstable thoughts has an essentially different approach to it. The authors’ favourite technique is a rhythmically arranged interchange of static images-projections against picture background (very seldom the artists use a short hung-up video clip, which resembles a still “picture”). For this reason the illusion of miracle is not connected with video-motion, it is based on rhythm, it twinkles somewhere between images.

The title of the exhibition — Междоmedia (Intermedia) — reveals this very dialectics rather accurately. At a time it can be interpreted both as a sign of multimediality and as a hint on interjections (mezhdometiya — in Russian articulation). As a matter of fact, interjections are defined as a certain type of words and word combinations, which are used for indiscrete expression of feelings, senses, spirits and other reactions. Absolutely indiscrete. In this sense they are not a kind of reproduction, but a direct transcription of the very essence of an art work. Nobody requires the description of a thing, when this thing is available. Nobody wants an art object, useless in practical terms, especially if doesn’t evoke any feelings at all. Nobody cares for an exact definition of a personal feeling instead of what it implies. And finally, where is this very “implied” — the elusive, the indefinable, the nameless... 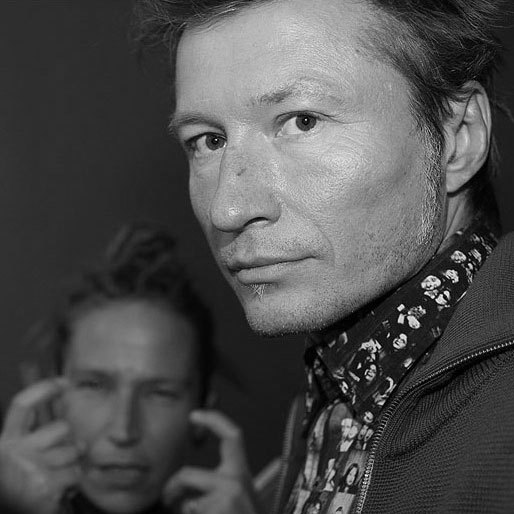 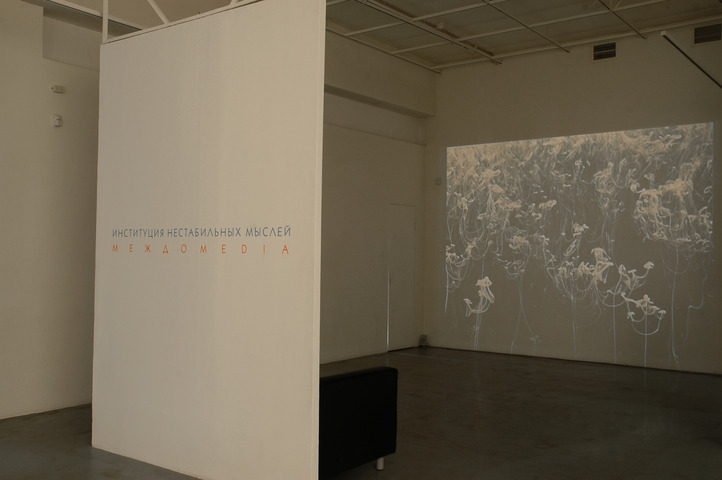 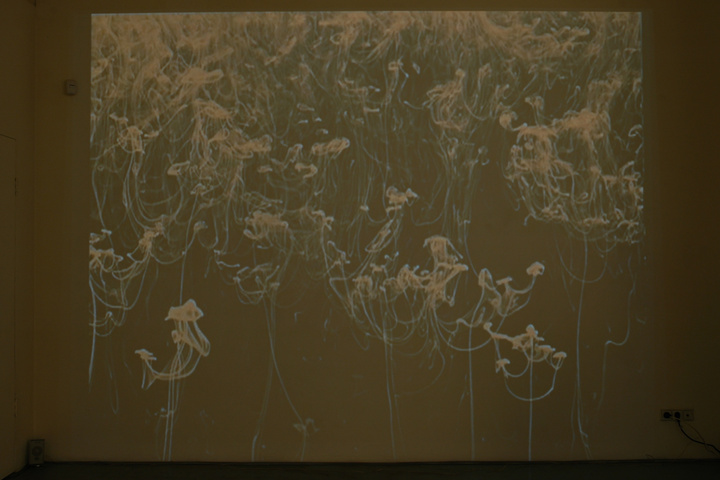 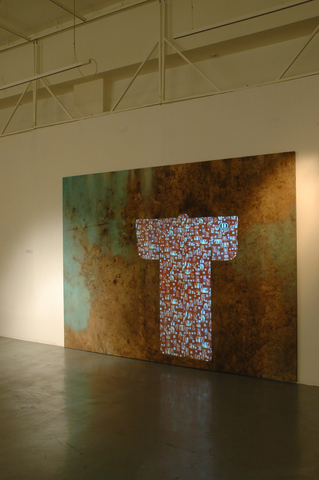 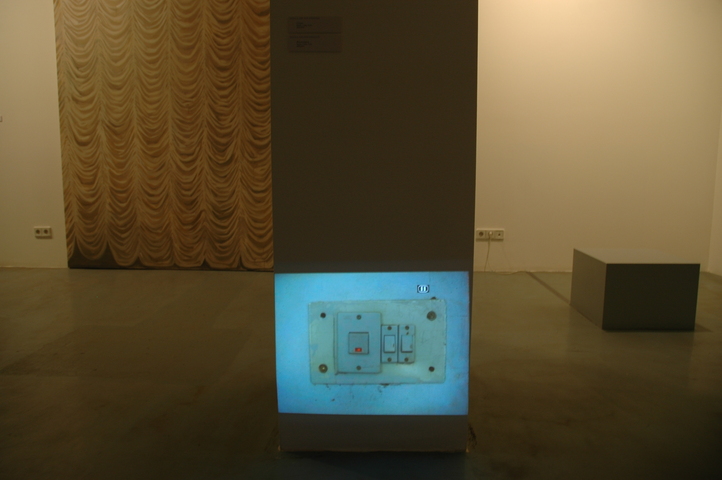 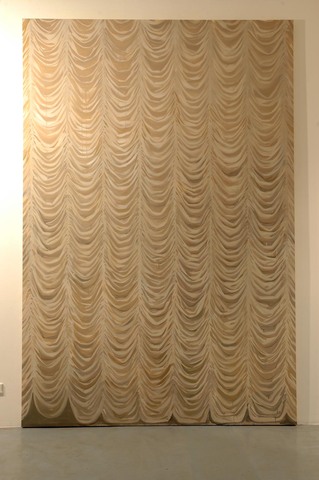 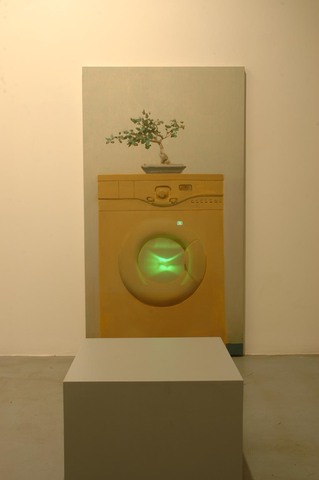 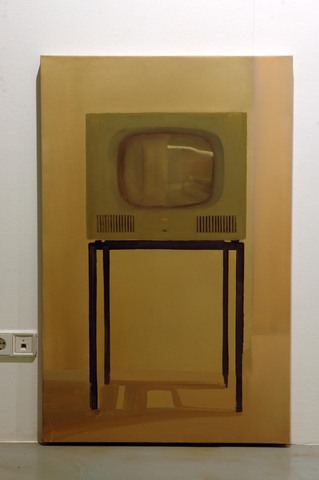 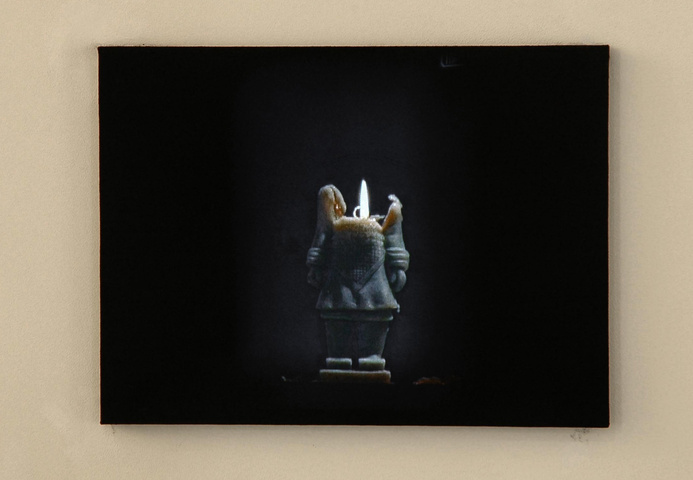 Photo: Stella Art Foundation
News
Media-comfort installation by the Institution of Unstable Thoughts group in the “If” (“Якшо/Если/If”) project 15 June 2010