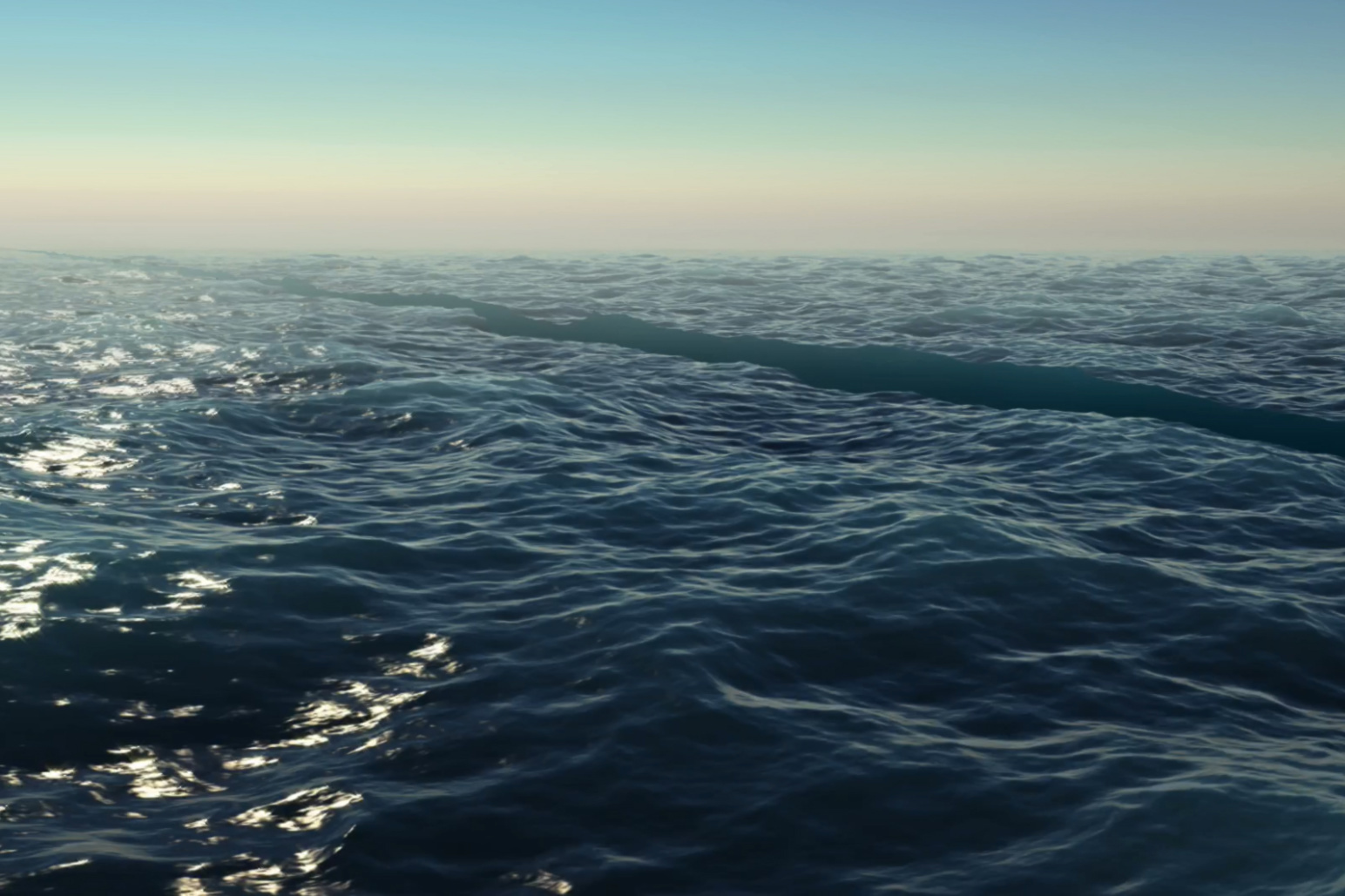 This exhibition in Stella Art Foundation's space on Mytnaya Street marks the first solo showing of a 2009 installation by the leading Russian media art group Bluesoup (Alexey Dobrov, Daniil Lebedev, Alexander Lobanov, and Valery Patkonen). The work is a film depicting an endless ocean expanse cut in two by a visible boundary, and is part of the Foundation's collection.

Bluesoup on their work:

“This work is about boundaries and borders, both seen and unseen, and the possibility (or impossibility) of breaking them down and crossing them.

On the one hand, most of the world’s cultures conceive all rivers, seas, and oceans as some kind of single essence. It is all Water (as a universal mythological element), the seven seas, the hydrosphere.

On the other hand (and this is a scientifically proven fact), for all the currents, waves, storms, and tides, the sea and the ocean are not mixed together when they meet: their contents, temperature, density, and other physical and chemical properties remain unchanged for both, as if unseen boundaries were drawn between them.

Likewise, this double essence of the Sea (Water) is a universal metaphor for man, his being, his possibilities — some boundaries and barriers are firmly drawn and built, but can be fragile, or porous, while others are unseen and inconceivable, but nonetheless insurmountable.” 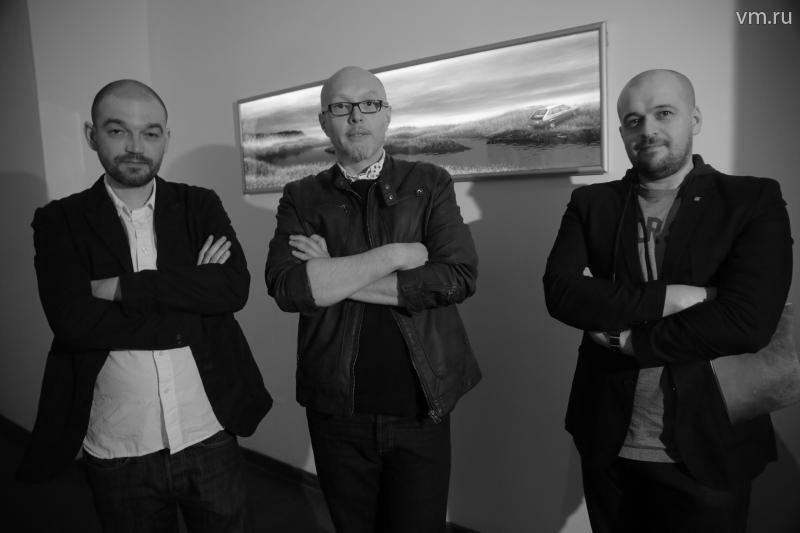 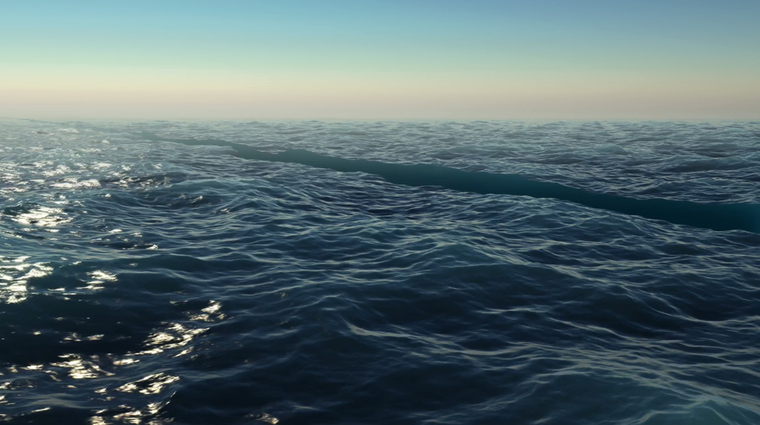