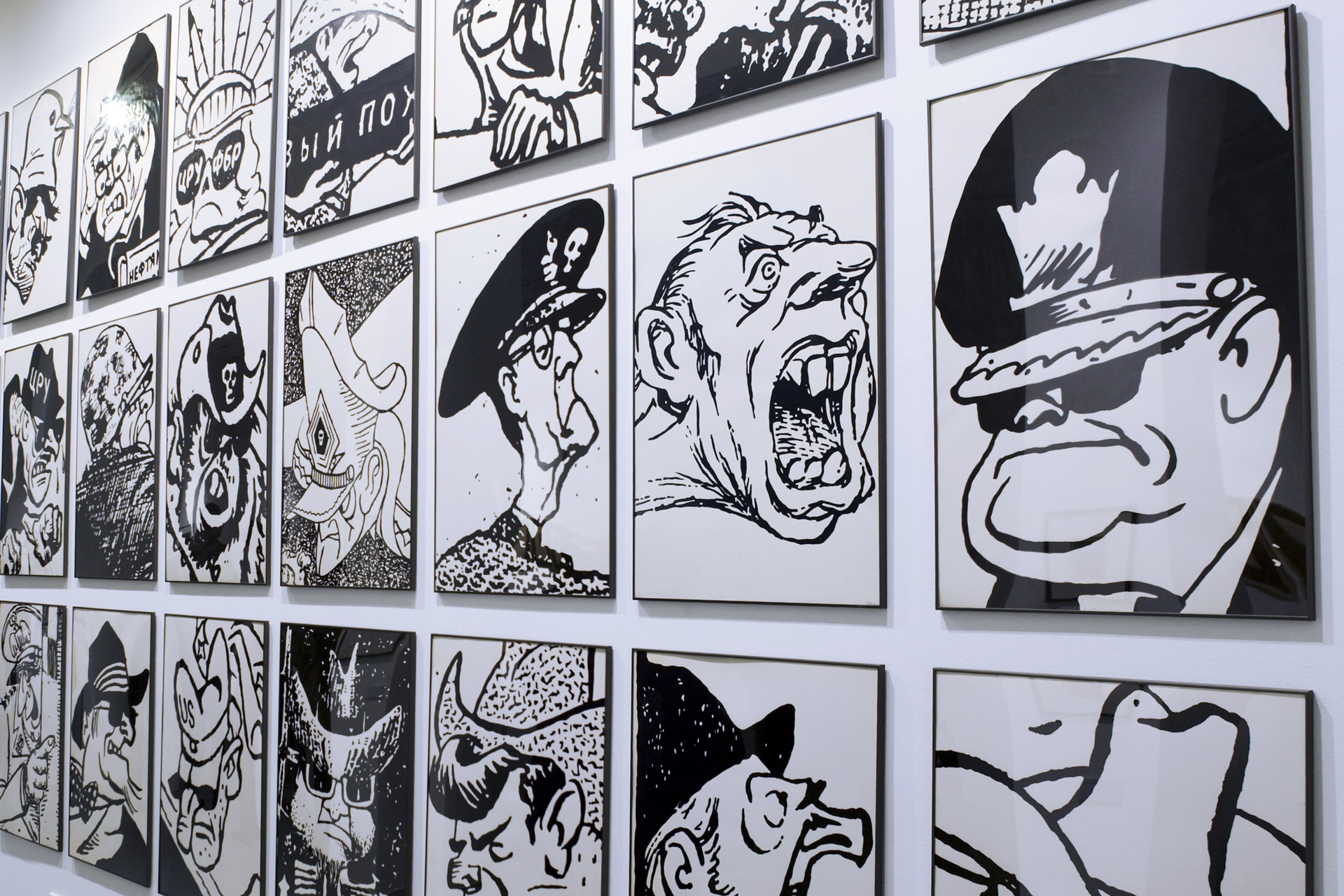 Stella Art Foundation presents an exhibition of the artwork of Vagrich Bakhchanyan, a classic of the Russian contemporary art, from its own collection. The exhibition comprises eighty sheets of graphics from the almost infinite array of works produced by the remarkable artist who passed away in New York on November 12, 2009. Apart from “stand-alone” pieces, viewers will see two big series created by Bakhchanyan when he was already in the US: The Naked “Pravda” (Truth) (1974) and Americans as Seen by a Russian (1983). All Bakhchanyan’s works are being exhibited in Moscow for the first time.

The first series (The Naked “Pravda” (Truth)) was produced right after the artist’s emigration. Here, Bakhchanyan uses cuttings from Pravda, the official mouthpiece of the Russian Communist Party, combining them with “capitalist” pornographic images. As a result, the article titles, snatched from context, appear as direct comments to sexual scenes. The obscenely comical effect is further amplified by the fact that the official Soviet culture was completely de-eroticized, therefore any potentially erotic meanings of most circulating official cliches were simply ignored. By contrast, such interpretations were blown out and played upon in all the possible ways in the colloquial speech, in jokes and other specimen of the people’s folkloric genius.

The second series (Americans as Seen by a Russian) reproduces in an enlarged form some fragments of Soviet caricatures demonstrating “the bared teeth of imperialism”. As the images speak for themselves, they carry no captions. Bakhchanyan employed a “non-waste” method of converting propagandist expressions into artistic ones, “working” here on his viewers’ minds solely by form: the line, the contrast of black and white, the mere scale.

Vagrich Bakhchanyan — a graphics artist, a writer, a book artist and an author of objects and performances — used to define himself as a “word artist.” Using this language cliche in an utterly ironical manner, he would every time perform his favorite trick of transforming pompous stupidities into elegant language formulas. In other words, he showed masterly command of the techniques of discipline called, in the parlance of contemporary artistic theory, “deconstruction” or “critique of language”. To explain any of Bakhchanyan’s tricks would be to kill its essence, to reduce a miracle of art to a technical banality. This artist used for his legerdemain his inexhaustible wit, which, as any wit wont, was based on a spectacular “economy of means.” An imperceptible replacement of a couple of letters in a word, a change of the context, a “line-up” of text with a picture, reducing metaphors to their literal meaning — the artist always had an appropriate device at hand. “What do I do?” he would answer to a question about his occupation. “I engage in substitution. I replace thoughts, concepts, sometimes just a single letter.”

An admirer of Velimir Khlebnikov and Alexey Kruchenykh, Russian poets of the futurist movement, Bakhchanyan himself became a predecessor and founder of many literature-based trends in Russian unofficial art. His oeuvre is based on his wit and his fine feeling of the word. Yet, Bakhchanyan’s characteristic humor is not self-sufficient. His endless puns are a result of experimenting with linguistic formulas, in particular, with the acoustic nature of the language. Bakhchanyan’s visual works are structured in the same manner: they are based on a system of substitutions and identifications that generate new meanings and establish links between accidental forms.

Vagrich Bakhchanyan (1938-2009) was born on May 23, 1938, in Kharkov (Ukraine). In mid-1960s he moved to Moscow. His first personal exhibition was held in 1968 in Moscow coffee bar “Blue Bird”. In 1967 — 1974, he worked in the 12 Chairs Club, the humor section of Literaturnaya Gazeta. Bakhchanyan collages were also published in Znaniye-Sila and Yunost magazines. In 1974, he emigrated to the US, where he continued his artistic work in New York, where his name became associated with sots-art.

In 1977, Bakhchanyan took part in an exhibition La Nouva Arte Sovetica — Una Prospettiva Non Ufficiale at the so-called Biennale of Dissent in Venice. In 1979, his artwork was on view at Artist’s Book exhibition held at the Museum of Modern Art in New York and Centre Georges Pompidou in Paris. In 1981, he took part in the 16th Sao Paolo Biennial. Works by Vagrich Bakhchanyan are held by Jane Voorhees Zimmerli Art Museum, New Brunswik, US, State Tretyakov Gallery, Moscow, State Russian Museum, St. Petersburg, and other collections. 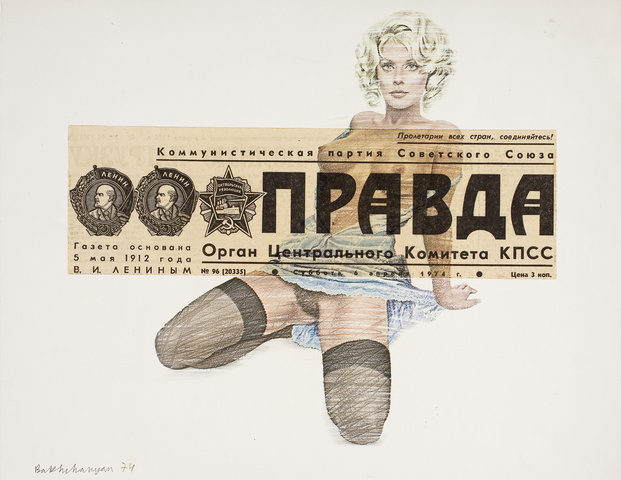 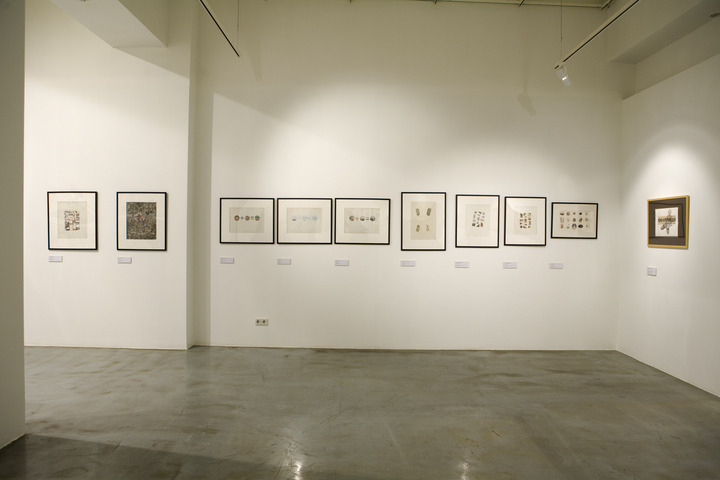 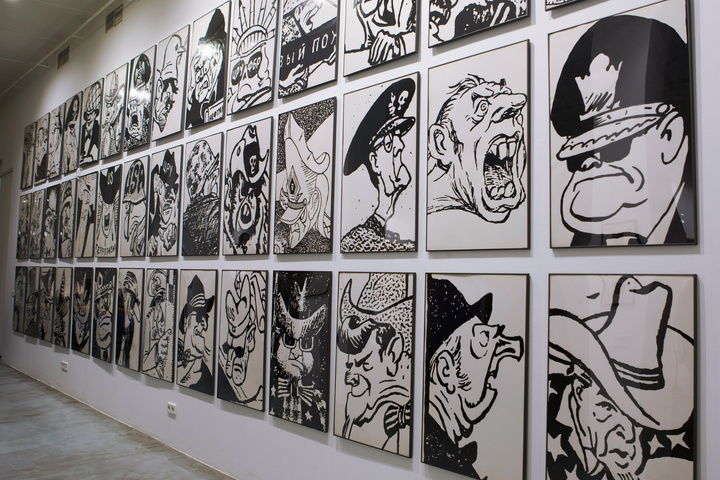 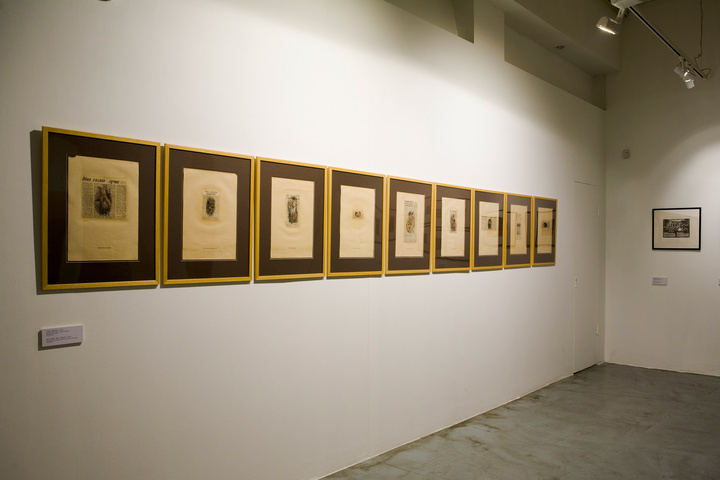 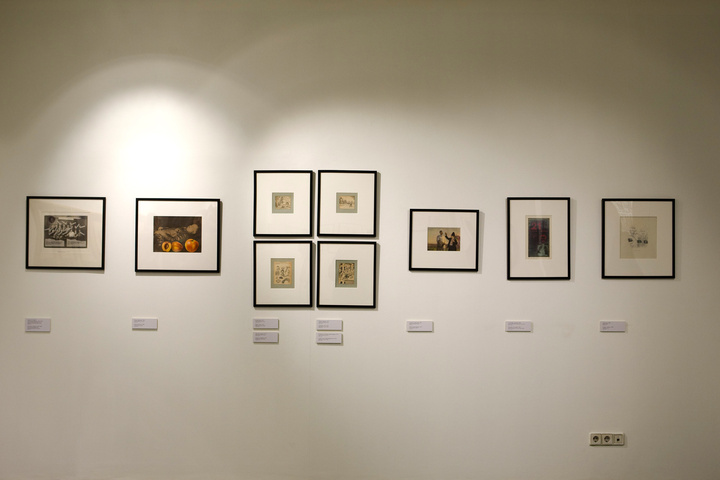 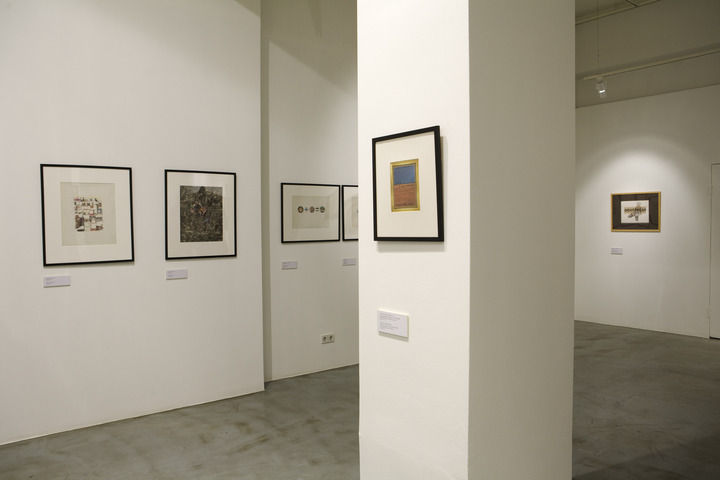 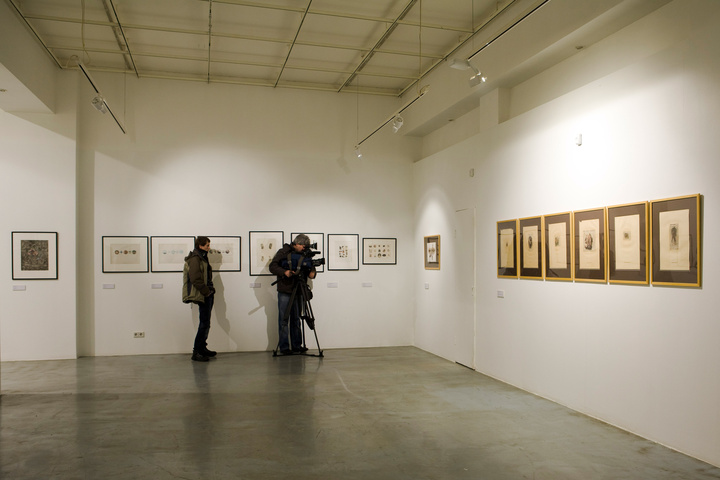 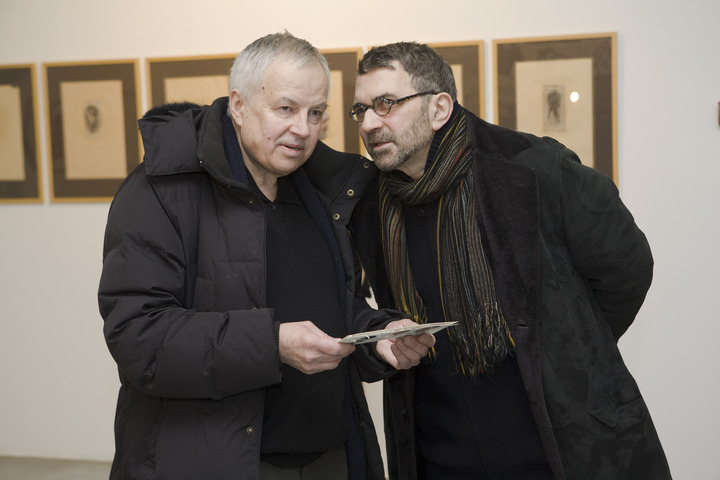 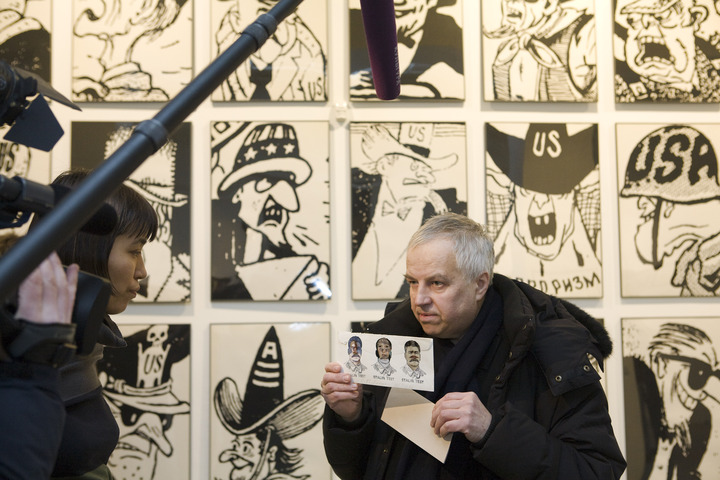 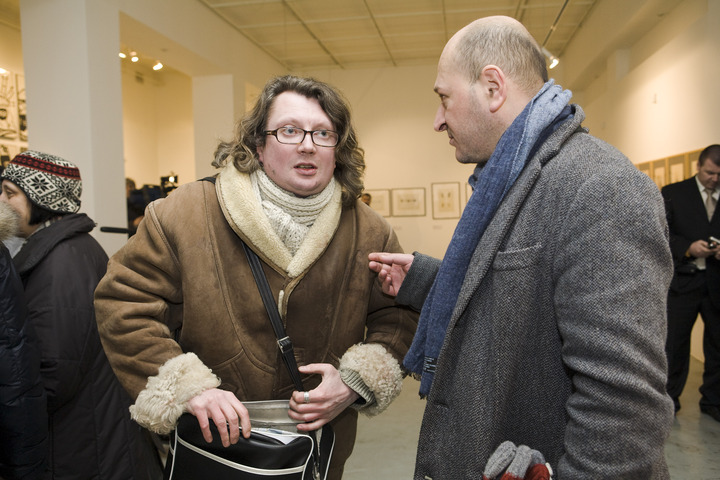 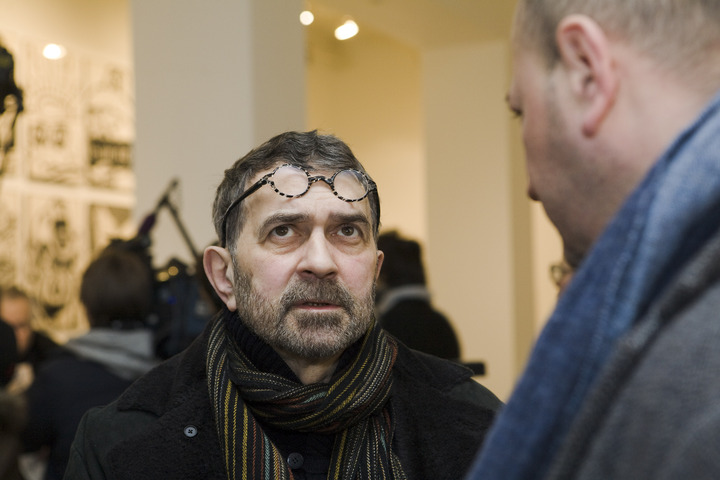 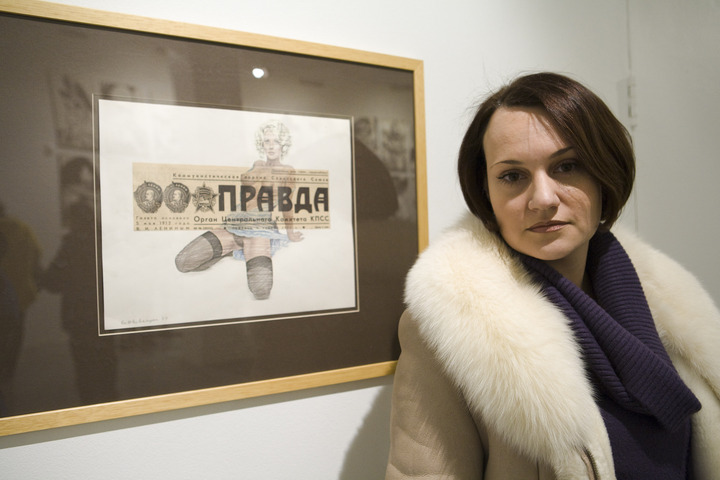