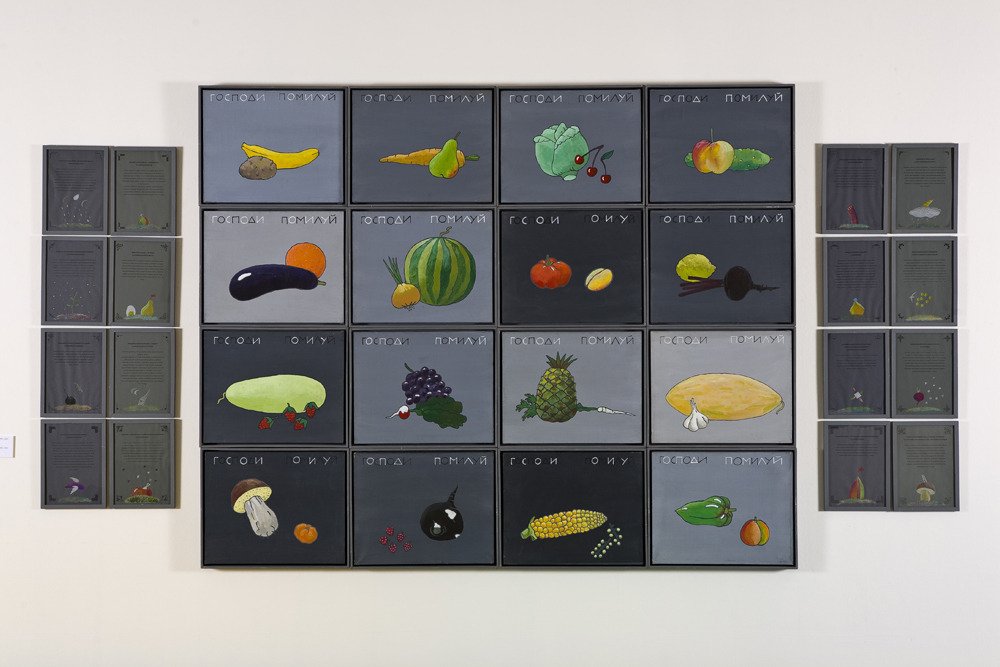 “I have known Alexeev for so long — I couldn’t even say for how long, really. And I remember very well us seeing each other very often at some period. And the reason we were seeing each other so often was that we were literally bursting with some artistic ideas then. They may have been stupid or clever, but they were always absolutely thrilling for us, so that it was simply impossible not to discuss them right on the spot.

Nikita has moved quite a along way since then, becoming what he has become now. But, what is the most important thing, as far as I am concerned, is that he doesn’t seem to have changed. What I mean is that he, as before, continues to treat art in an honest and responsible manner — both when he makes it and when he writes about it — and I should say he seems to know everything about it. As I am in the habit of considering him a remarkable artist and a good companion, I am still holding the same opinion and haven’t ever seen the slightest reason for dropping this habit.”

Stella Kesaeva, President of the Stella Art Foundation, said: “When we were discussing the idea of holding Nikita Alexeev’s literary evening, an impulse to show his artistic work came quite naturally, too. I supported the idea of this exhibition with passion, as I consider Nikita Alexeev a very gifted and powerful artist. At first glance, his works may seem unsophisticated and naive, but this ostensible simplicity hides within it a deep understanding of the meaning of life.”

Nikita Alexeev is one of the most consistent and original Russian authors and one of the veterans of the “Moscow conceptualism” art movement. Alexeev's solo exhibition at Stella Art Foundation, with selected works covering a period from 1973 to 2009 is, in the artist's own words, “a paradoxical mini-retrospective”. “Mini”, because it is absolutely impossible to squeeze everything that was created by the author in forty years — and, indeed, survived (because there were many more works that didn't), into the Foundation's exhibition space. “Paradoxical”, because its arrangement clearly matches the paradoxical logic of his art, where a minimum is the real maximum. The artist doesn't believe in linear progress of time — in his view, time is only organized around events, as points, whose order has a random pattern — specifically, the pattern that forms itself at each particular moment in the author's mind. Therefore, his Elementary Poetry (1973) finds its place perfectly well next to the Painting for Listening to Fado (2008), while his Impressions (2009-2010) come as an brilliant comment to photo and video reporting of his personal actions. And yet, the best expression of this subjective logic is the Final Cut (2004), a scroll many meters long constituting the centerpiece of the current exhibition and the artist's program work.

In the 1970s and 1980s Nikita Alexeev was one of the key protagonists of informal Moscow art. He was among the founders and participants of the first actions of the legendary Collective Actions group (1975-1980) and directed the celebrated Apt Art Gallery (housed in his own flat), while also collecting first materials for the Moscow Archive of New Art (MANI), performing in Central Russian Upland “simulation rock” group, participating in many historic exhibitions of the time, etc. At the same time, he never stopped his own work in the most diverse genres of art: from performance and installation to graphics and painting. As years went by, it was becoming ever more clear that the “solid” and flexible creative instruments like graphics and painting (without excluding all the other media, of course) matched his personal artistic temper the best.

While Nikita Alexeev is convinced that he can only tentatively reckon himself a “conceptualist”, he created an independent version of this practice, which he is quite comfortable with. To avoid the term “lyrical" (so as not to confuse it with Boris Groys' “romantic conceptualism”), it could well be named “impressionist conceptualism”. All Alexeev's works show a manner of a professional graphic artist, for whom drawing is at once pleasure and a natural way of conduct, feeling and thinking — and, consequently, also a delicately articulated language, ideally serving the spontaneous formulation of his paradoxical maxims – on the themes of both art (which, in effect, is conceptualism), and life. Here, art and life happen together quite accurately at the point in space-time called “Nikita Alexeev”, showing themselves to us through his personal impressions.

The artist expressed all the above in a more succinct, straightforward and mysterious way: “For me, life and art is the same. It is the throbbing of the heart, and the most important thing is that the pulse is even. Inhale — exhale, some eighty expansions and compressions a minute, and between them, a plateau. The limited exhibition space provides a very good opportunity to show this rhythm of silence and talk, big and small, old and new.”

Nikita Alexeev was born in Moscow in 1953. In 1972, he graduated from Moscow Art College in Memory of the Year of 1905 and in 1979-1976 took studies at the Department of Artistic and Technical Design of Printed Matter of Moscow Polygraphic Institute. He worked for a long time as book illustrator and designer for Moscow publishing houses; since early 1970s, he had been issuing samizdat books and albums. In 1976-1983 he was a member of Collective Actions group. In 1979 he was one of the founders of the Moscow Archive of New Art (MANI) and in 1982-1984, one of the organizers and a director of AptArt Gallery (Moscow) housed in his own flat. In 1987-1993 Nikita Alexeev lived in France. Currently the artist lives and works in Moscow. 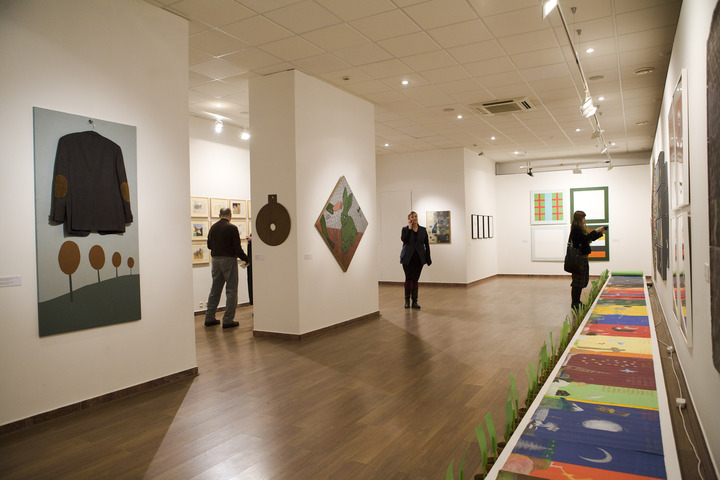 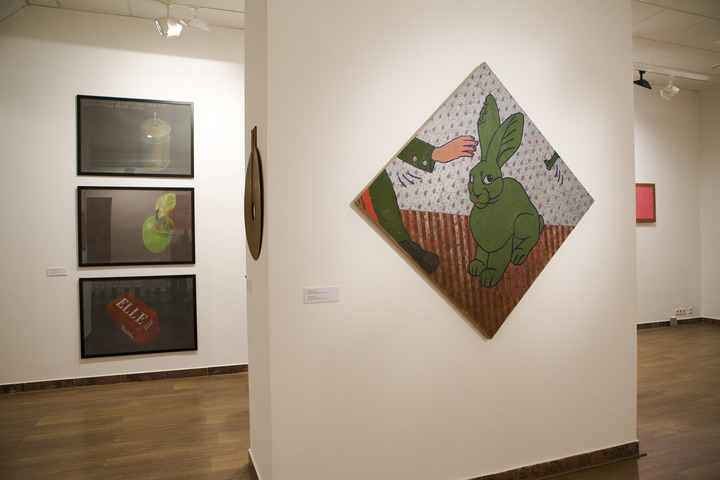 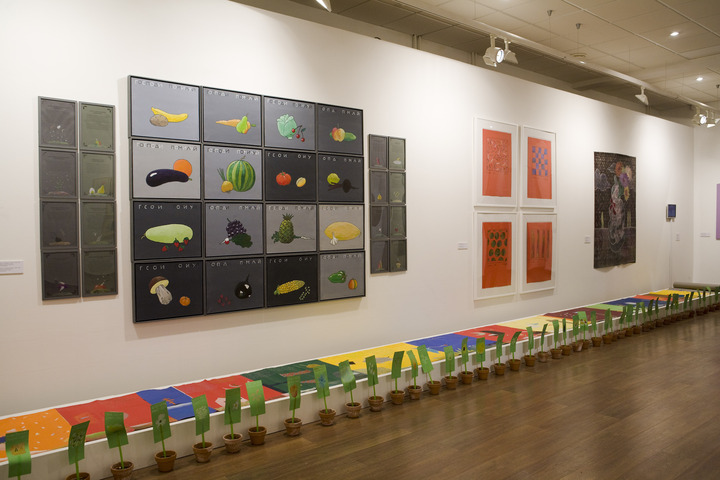 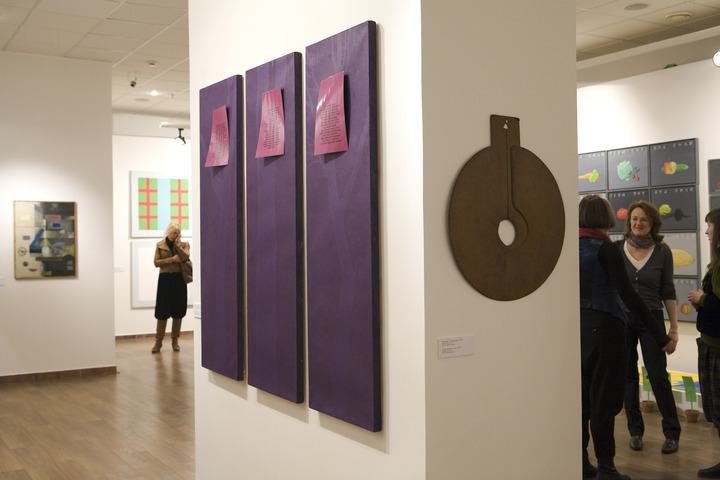 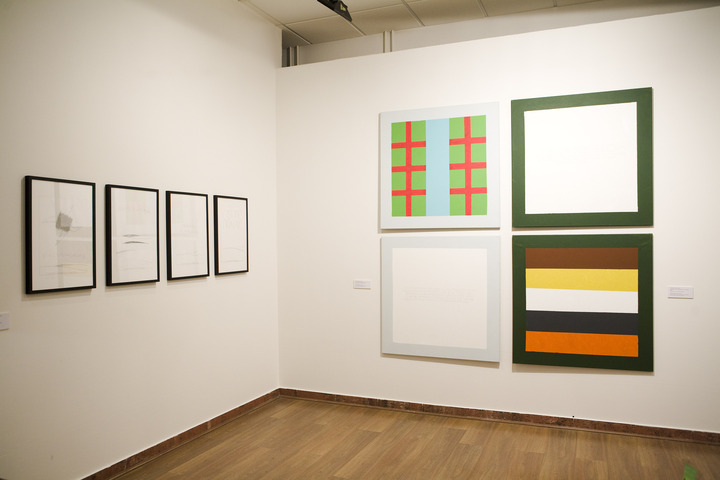 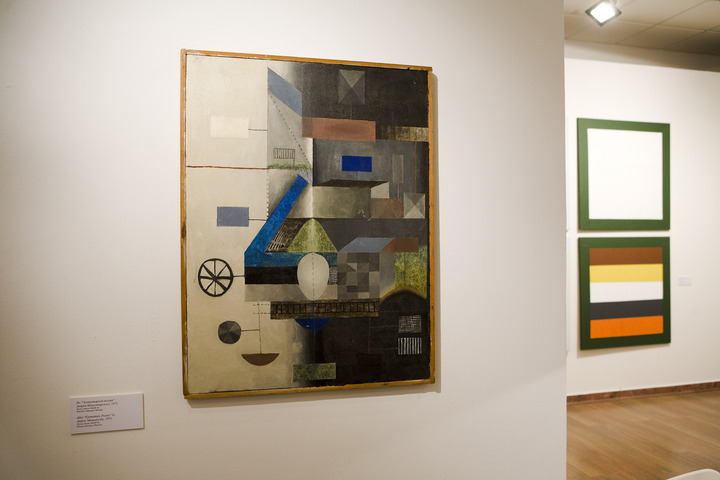 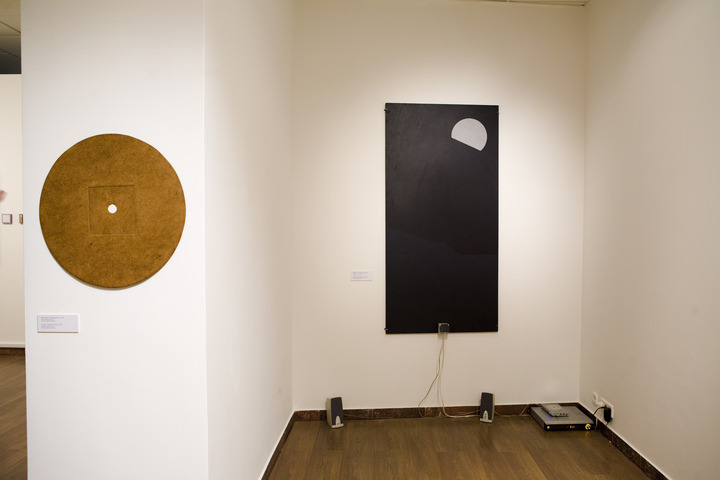 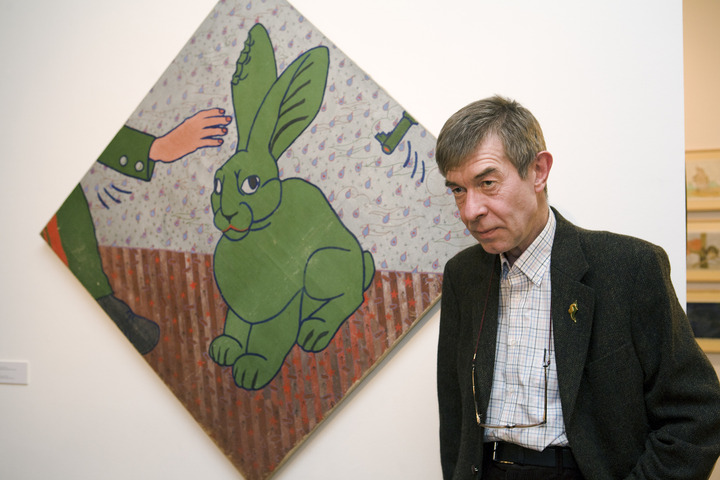 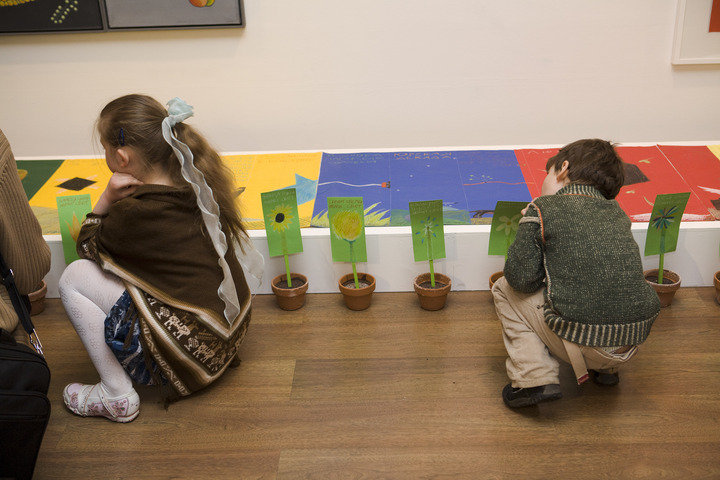 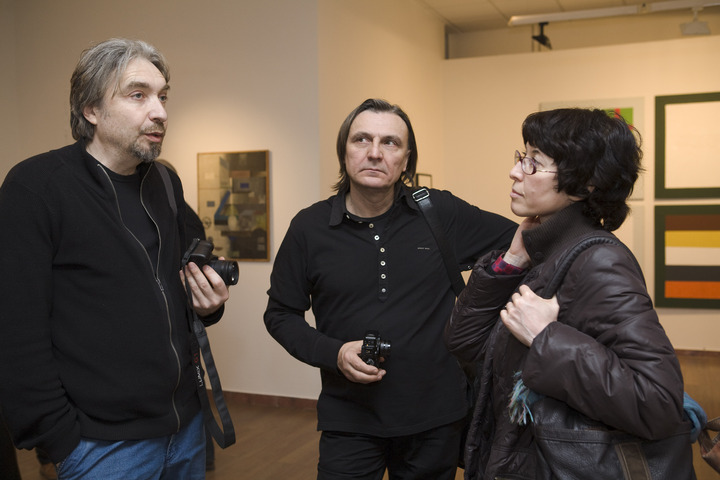 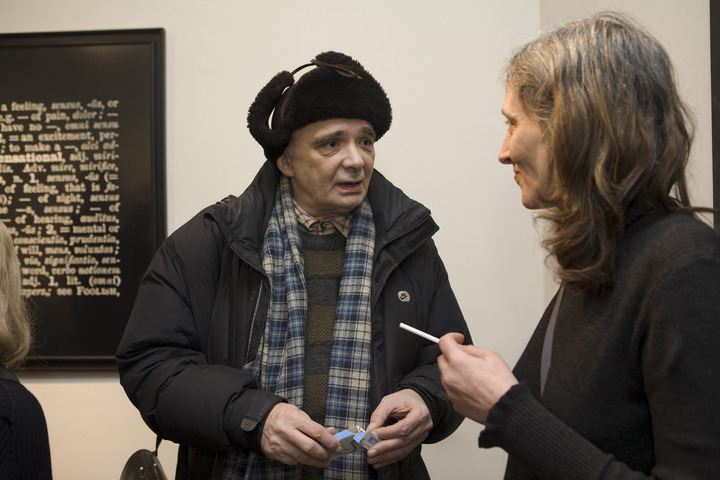 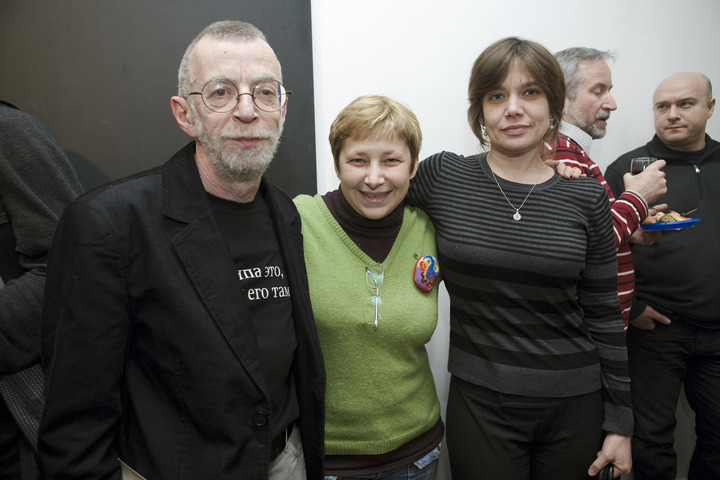 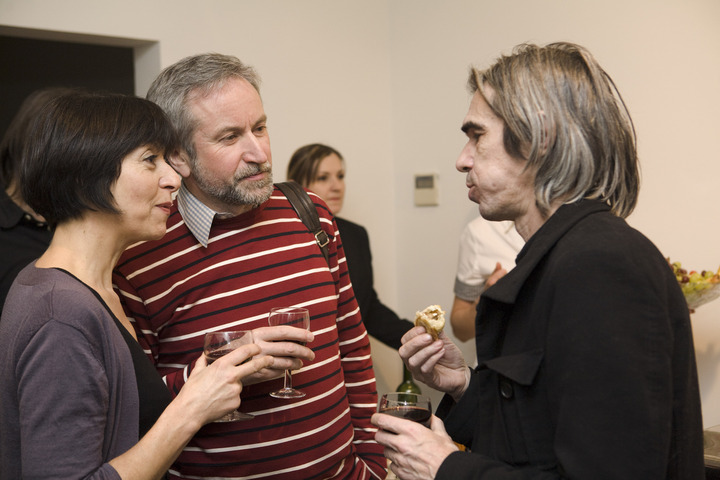 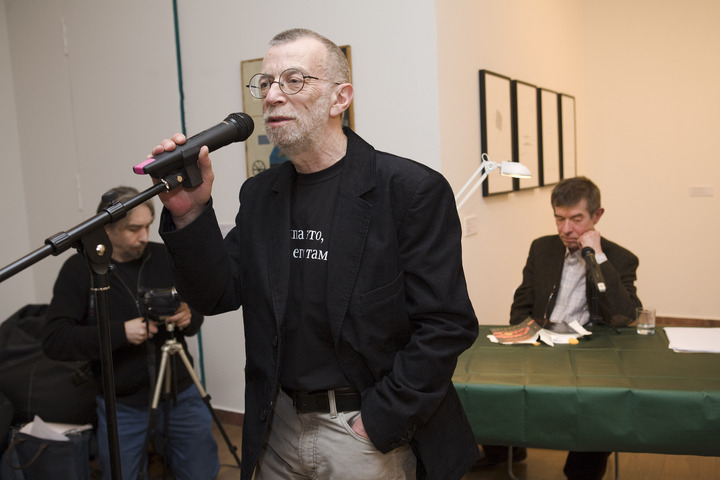 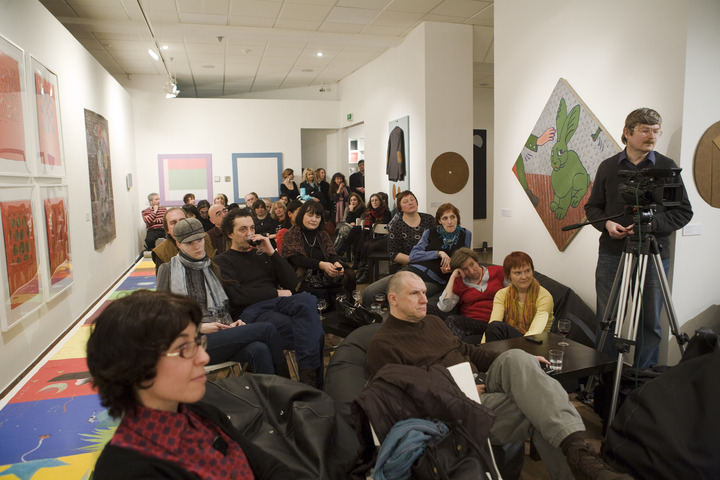 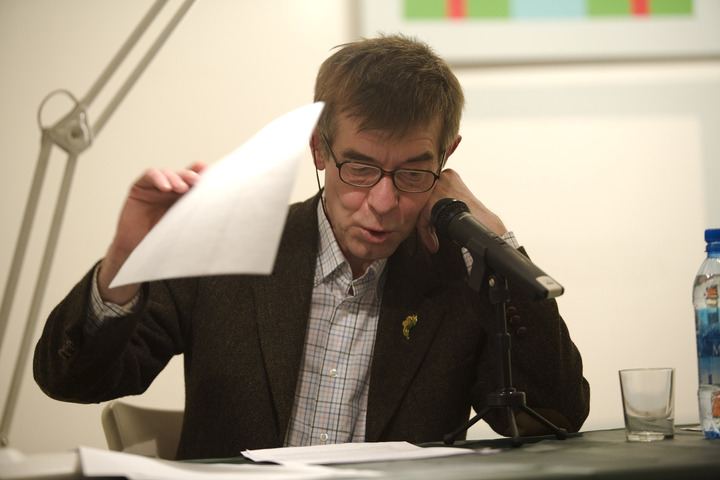 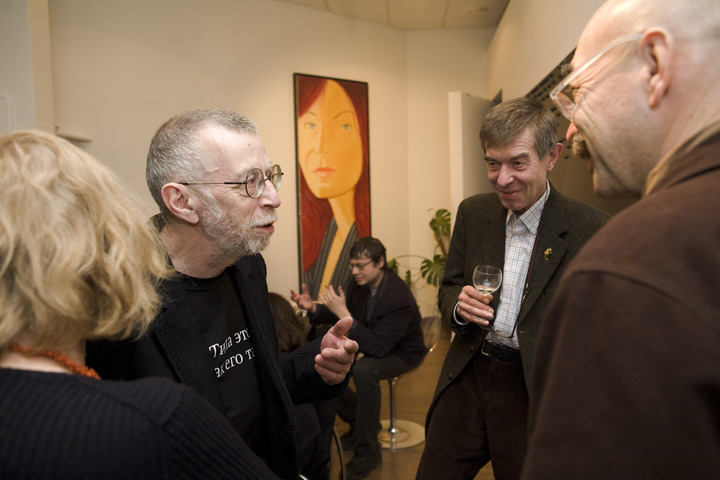 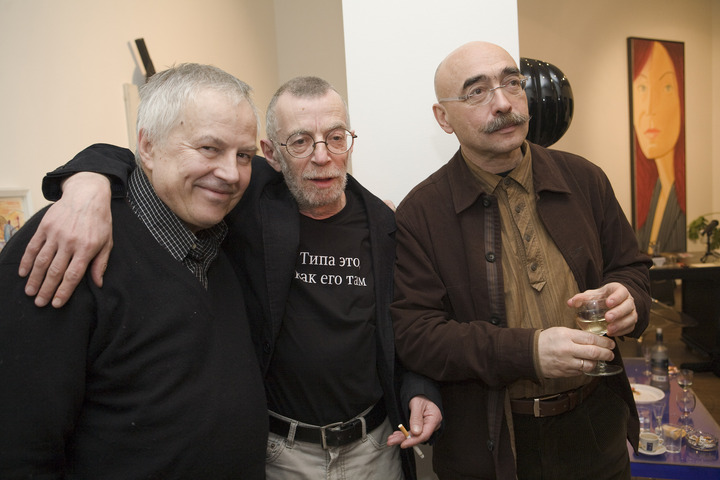 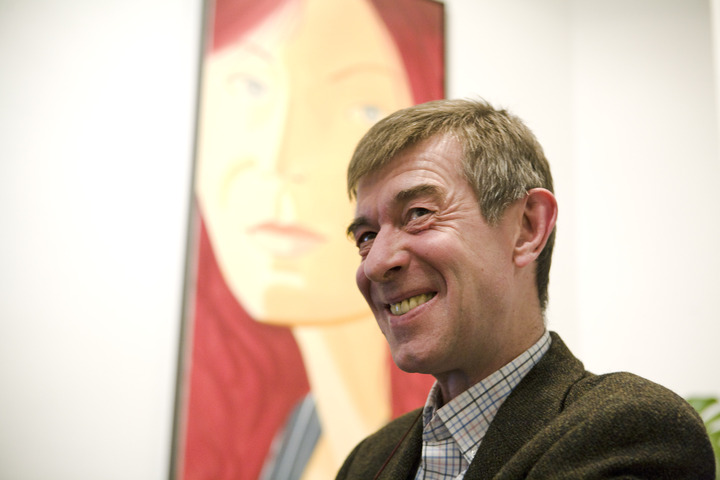